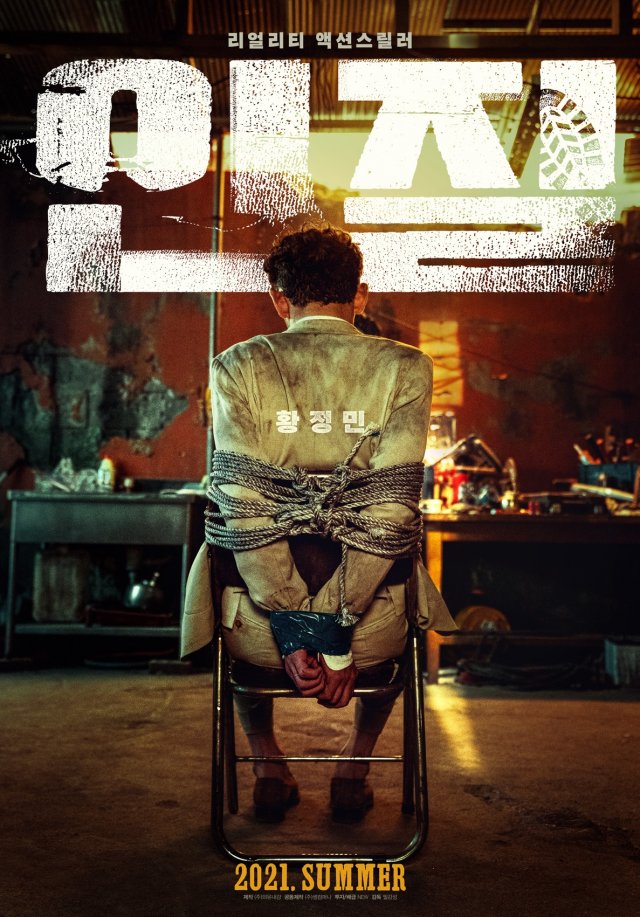 The action thriller "Hostage: Missing Celebrity" has released its first theatrical poster, and with it, the explicit promise of a release this summer. The news has taken many by surprise, as to this day major films that have long been finished have had their releases delayed due to COVID-19. But "Hostage: Missing Celebrity" features major star Hwang Jung-min in the title role yet has had little news save for a brief mention in a New Entertainment World (NEW) report from earlier this year.

NEW appears to be confident in the ability of Hwang Jung-min to draw crowds even in the midst of a pandemic. His hitman noir "When the Devil Calls Your Name" won the domestic box office last summer with 4.35 million admissions. "Hostage: Missing Celebrity" will be a deliberate play off of the famous actor's image, as it will depict a loosely fictionalized version of himself being kidnapped by nefarious forces demanding a ransom and willing to resort to brutal measures to get it.

The news follows similar confirmation that the action film "Escape from Mogadishu" will also premiere this summer. It is unusual for major films to have their release windows confirmed on such short notice. Likewise, it is unusual for such a confirmation to lack even a planned month of distribution. But with the advertising season now to begin in earnest, the South Korean box office now has two major confirmed releases for this summer, whenever that may be.