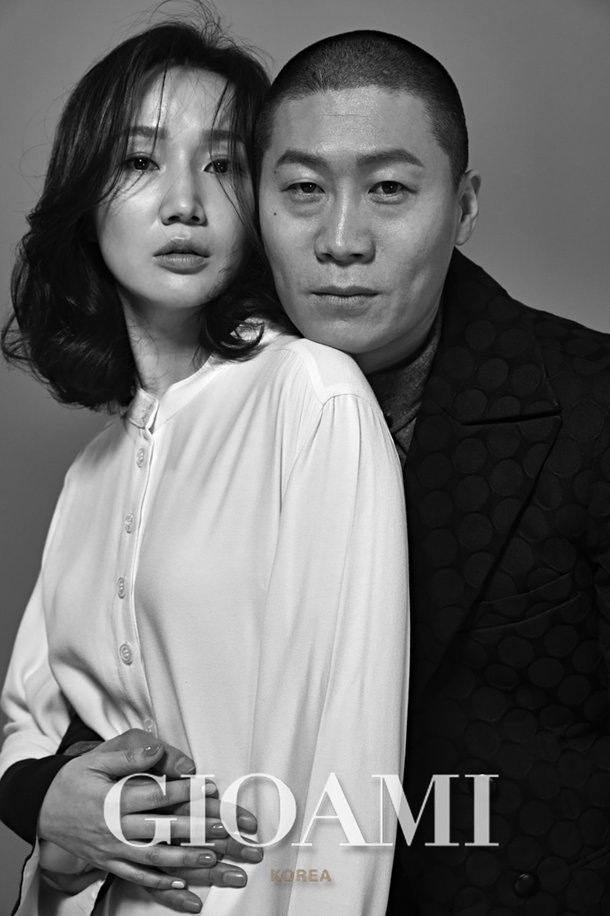 An interview with husband-and-wife actors Jin Seon-kyu and Park Bo-kyung has attracted interest for its frank discussion of their attempts to balance family life with their careers. While Jin Seok-kyu is the more famous of the two, Park Bo-kyung has described herself as having a powerful hunger for the stage. After taking a break following the birth of their first child, she was determined to appear in at least one project before the birth of their second.

Jin Seon-kyu has been supportive of his wife in these efforts. He described in the same interview feeling sorry about the situation, particularly when he was calling home from a shooting location and could hear the sound of children playing in the background. He knew it was difficult for Park Bo-kyung to go to audtions in such circumstances, even as his wife assured him that since the children were playing that meant they were doing fine.

When asked if she felt she was sacrificing her own life for her husband's Park Bo-kyung replied in the negative. She described her children as an incomparable joy in her life. She said she didn't feel bad about helping them to live well until adulthood.

The pair first met at the Korea National University of Arts, though they did not know each other well at the time. They became closer in 2005 when they joined the theater troupe 'Ganda'. Park Bo-kyung said that she realized she liked him when she would wonder about him when a day or two went by without seeing him, describing even the moment they got together as one of great comfort and warmth, even as she encouraged him to get a hold of himself, as they'd see each other every day.