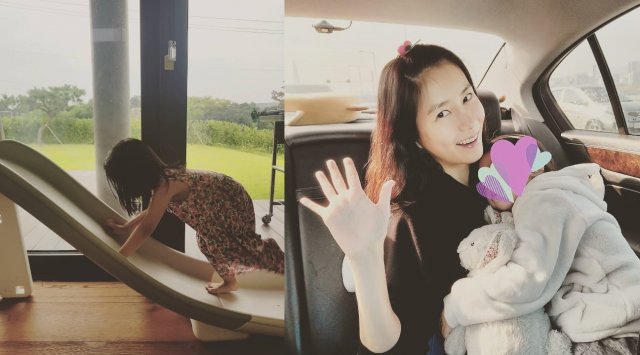 Hwang In-young has appeared in several dramas and movies over the years. Her best known rules are probablu in "Swat Police", "Murder River", "Typically Women", and "The Hero". She married actor Ryu Jung-han in a small ceremony in 2017 and gave birth to a daughter ten months later. She has not appeared in any television dramas or movies since "Moorim School" in 2016. Currently she is on break from acting.

"[HanCinema's News] Hwang in-young Shows Off her Daughter"
by HanCinema is licensed under a Creative Commons Attribution-Share Alike 3.0 Unported License.