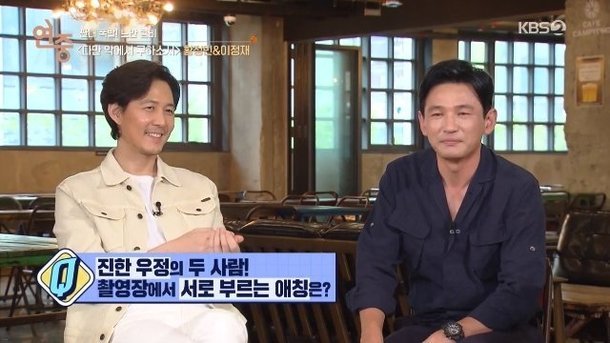 In a Korean Thanksgiving special which aired on KBS over the long weekend, various stars described their sensibilities over quick interviews. Among these was a spot featuring Hwang Jung-min and Lee Jung-jae. The two actor recently starred in the blockbuster hit "Deliver Us From Evil" where they played opposing assassins. In the interview, they described and demonstrated a peculiar way Lee Jung-jae had of speaking to Hwang Jung-min.