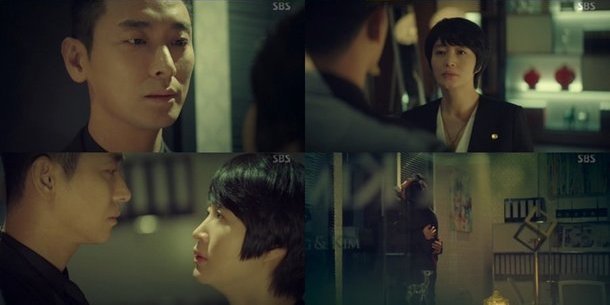 The KBS drama "Hyena" hit a major milestone recently. The drama hit a record high 12.5% in ratings in its most recent episode on March 14th. But the drama has also had a viral breakout moment online, with a major kiss scene in that episode topping over a million views in just two days on Naver TV.

"Hyena" is a drama about high profile lawyers for the wealthy and the cutthroat environment they work in. Kim Hye-soo and Ju Ji-hoon are the lead actors in the drama. The interactions between the two have been marked with intense sexual tension, though Kim Hye-soo's character has repeatedly rejected Ju Ji-hoon's advances.

The reasons for this rejection were explained in the drama's most recent episode, both to Ju Ji-hoon's character as well as the viewers. The kiss scene results from that dramatic moment, with Ju Ji-hoon's character attempting to prove to Kim Hye-soo's character that his love is unconditional. Though the kiss scene itself is powerfully drawn, its main staying power will be in encouraging viewers to continue to watch "Hyena" and see how this new dynamic will change their relationship.