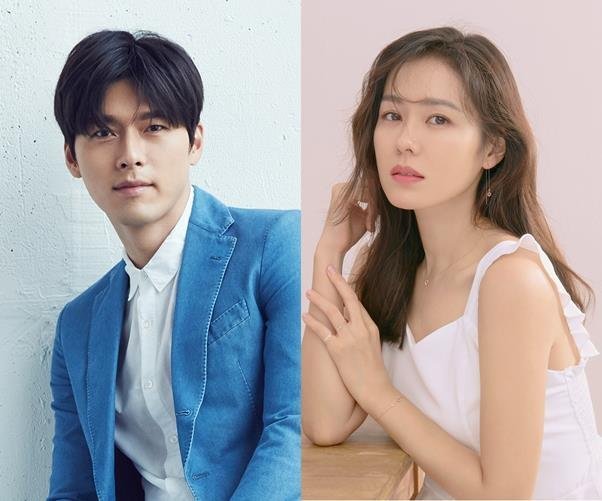 Fans have been pining for Son Ye-jin and Hyun Bin to take the stage together in a romance ever since a real-life romantic relationship was rumored after their appearance together in the 2018 film "The Negotiation". With the announcement of their involvement in "Crash Landing on You", that's exactly what's going to happen.

It's unclear whether Son Ye-jin and Hyun Bin were actively shopping for a drama where they would be able to play romantic opposites. "Crash Landing on You" is being scripted by Park Ji-eun, the screenwriter responsible for megahits like "My Husband Got a Family", "My Love from the Star", and "The Legend of the Blue Sea". Her profile as a drama screenwriter for working with big stars is matched only by Kim Eun-sook.

However, with Lee Min-ho and Kim Go-eun already confirmed for "The King: Eternal Monarch", that left "Crash Landing on You" as the most ambitious project for stars of Son Ye-jin and Hyun Bin's calibre. However, the drama is already a big risk - in addition to the prospect that its big stars' romantic involvement could have been true and lead to a breakup before the production is over, possibly creating problems, "Crash Landing on You" takes place largely in modern day North Korea. The drama could make any number of politically unpopular statements.

Director Lee Jeong-hyo, of such projects as "Heartless City", "The Good Wife", and "Romance is a Bonus Book" is in a high risk, high reward situation with this as-yet generally mysterious story about an heiress who accidentally paraglides over the Demilitarized Zone. Fans, at least, can take heart in knowing that Son Ye-jin and Hyun Bin would probably not be making a commitment like this together if they did not have faith in the work, their combined skill and star power.

"Crash Landing on You" is directed by Lee Jeong-hyo, written by Park Ji-eun, and features Hyun Bin, Son Ye-jin. Broadcasting information in Korea: 2019/End of year~Upcoming, on .

"[HanCinema's News] Hyun Bin and Son Ye-jin Reunite Their Careers With "Crash Landing on You""
by HanCinema is licensed under a Creative Commons Attribution-Share Alike 3.0 Unported License.