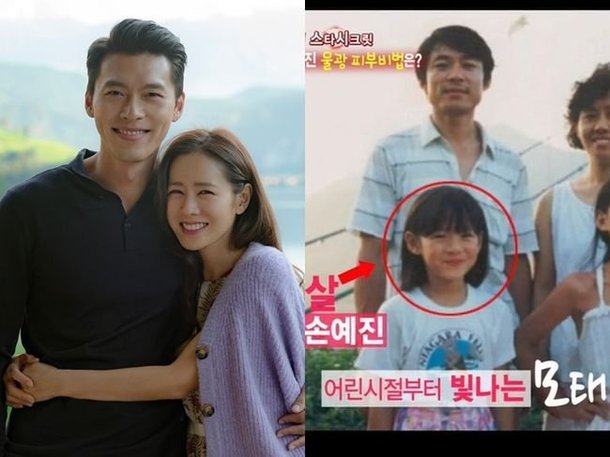 In the wake of the new year's news that actors Son Ye-jin and Hyun Bin have been a couple ever since the conclusion of "Crash Landing on You" some eight months back, old footage has been attracting interest. Son Ye-jin made an appearance on the 2017 SBS variety show Style Follow. While this program had low ratings, in this appearance an all too rare look was offered of Son Ye-jin's family via an old family photo.

Son Ye-jin at five years old can be seen in the photo alongside her mother, father, and older sister. While not as made up as Hyun Bin in his more public appearances, definite similarities between the men can be seen in terms of general features and bone structure. Official comments from either Son Ye-jin or Hyun Bin as to the origin of their relationship have been vague. In an Instagram comment made after the official announcement Son Ye-jin simply wrote she was happy to have met a good person.