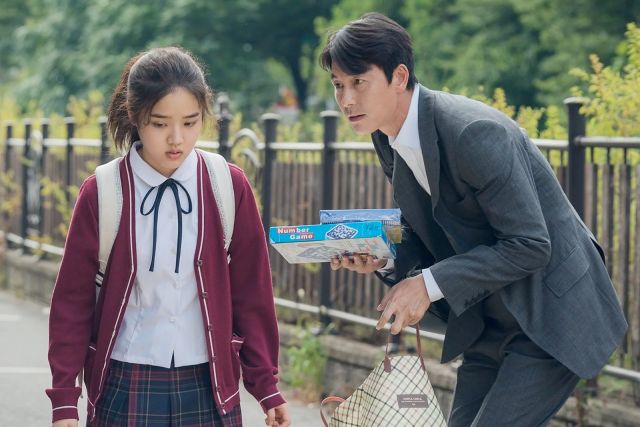 While its numbers can't compare to the record-breaking "Extreme Job", "Innocent Witness" has been making a quiet impact on the box office, pulling together over 730,000 admissions over the weekend. The legal drama, which stars Jung Woo-sung as a middle-aged lawyer and Kim Hyang-gi as an autistic high school student, has been benefitting from word of mouth.

Sunday admissions were at 225,182, up from 209,878 on Saturday. Normally Saturday scores are higher for new movies so even a small increase like is notable. Additionally, the rate of admissions compared to available seats is fairly high, at 37.4%. Online viewer ratings for "Innocent Witness" have also been increasing. The film is currently tracking a 9.25 rating on Naver and a 9.2 rating on Daum from spectators, out of a possible 10.

The content of the movie is the main likely reason for this. Director Lee Han was also responsible for "Punch" and "Thread of Lies", two other highly acclaimed films dealing with the pressures felt by modern Korean teenagers. I also liked "Innocent Witness" but that is, of course, just the subjective opinion of one reporter.