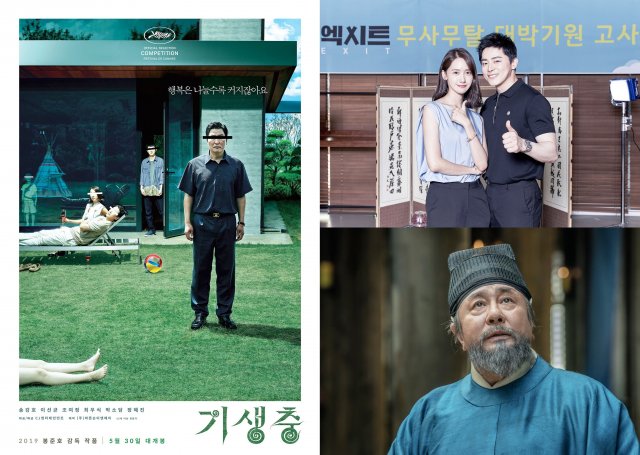 In addition to the more highly publicized screening portion of the Cannes Film Festival, the Cannes fiilm market has also been in full swing. Films like "Parasite", "Exit - Movie", and "Forbidden Dream" have also been in negotiation for international distribution rights.

"Parasite" has been the subject of the strongest interest. Though its subject matter is highly offbeat, satirical, and only really parsable to the South Korean social context, "Parasite" has the advantage of being famed director Bong Joon-ho's latest project. "Parasite" marks his return to South Korean film after "Snowpiercer" and "Okja", which were both filmed with foreign casts in English.

CJ Entertainment, which owns the rights to "Parasite", has confirmed that the "Parasite" booth has held the most interest. But they've also been getting decent interest in "Exit - Movie", a mystery thriller from Lee Sang-geun wherein a young man played by Cho Jung-seok and a young woman played by Yoona try to escape a city that's under attack from a poisonous gas outbreak. The movie is being promoted as a new kind of action film.

Lotte Entertainment has also been present at the market. They've been seeking out buyers for "Forbidden Dream", a Joseon era science film about King Sejong and the Korean inventor Jang Yeong-sil. Han Suk-kyu is set to play the King and Choi Min-sik will play the inventor. The movie's traditionally Korean setting and distinctive science driven storyline are obvious unique standout qualities that have helped set it aside from the competition.