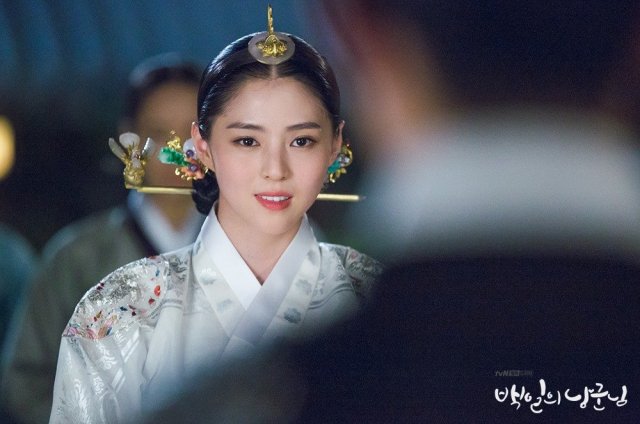 Han So-hee has earned a noteworthy career boost thanks to "The World of the Married". Many have been surprised to learn that the actress has had a fairly thin career to date, with her second lead in "The World of the Married" being her first noteworthy role. But as it happens, Han So-hee did have a distinctive performance earlier in her career in Joseon historical drama "100 Days My Prince", where she played So-hye, a princess consort.

The interest has been promoted largely by tvN D ENT, which posted a twenty-eight minute YouTube video that consists of Han So-hee's many scenes in the drama. The video also features scenes where Han So-hee interacts with the title character played by Do Kyung-soo, trying and failing to gain his permission for a one night stand.

Han So-hee's character is defiant and sneaky in her quest to obtain a man, while also putting on a demure face as necessary. Many of the same elements of the performance can be seen in a broader scope in "The World of the Married", explaining at least in part how Han So-hee has been able to leave such a lasting impression on viewers. Han So-hee's role as the other woman in that drama has consistently been far stronger in execution than in theory, helping to make the drama such a huge hit.

"[HanCinema's News] Interest Spikes in "100 Days My Prince" Due to Han So-hee's Popularity"
by HanCinema is licensed under a Creative Commons Attribution-Share Alike 3.0 Unported License.