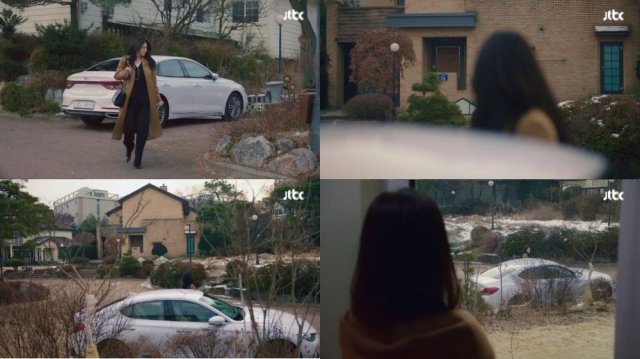 On May 1st news reports revealed that much of the filming for "The World of the Married" takes place in the American village in Pyeongtaek commonly known as Humphrey's Landing. This, in spite of the fact that in continuity the action is explicitly stated as taking place in the city of Gosan. This confirms what many had already suspected, as such distinctive housing in South Korea is rare and typically only appears near American military bases.

The reason why such housing exists was originally to provide American military service members with accomodations similar to what they could expect in the United States. Though drawbacks in troop numbers over the years have rendered such domiciles less important in recent years, they are distinctive enough as to make developers loathe to tear them down. This is particularly true as such residences are typically in undesirable locations and only particularly practical for soldiers.

Real estate offices have long tried to sell Humphrey's Village houses through traditional advertising. They typically run at about a million dollars purchase price per unit. According to relevant real estate agents "The World of the Married" has provoked a noteworthy spike in requests for information about Humphrey's Landing, reporting twenty to thirty calls a day with as many as ten teams conducting tours of the complex for interested purchasers on weekends.

"[HanCinema's News] Interest Spikes in Filming Location for "The World of the Married""
by HanCinema is licensed under a Creative Commons Attribution-Share Alike 3.0 Unported License.