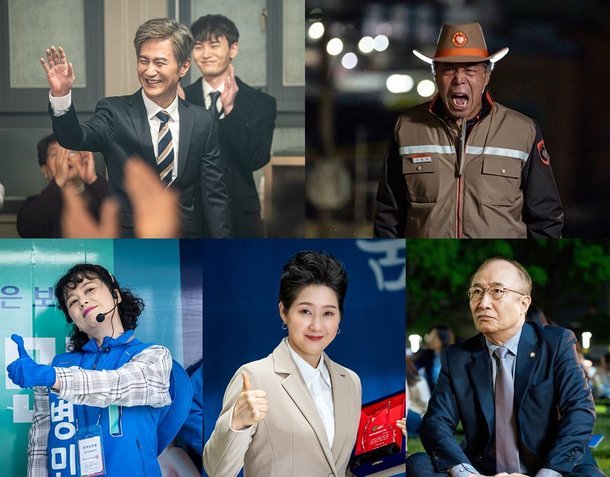 Most of the marketing for "Into The Ring" to date has focused on Nana and Park Sung-hoon in the leading roles. However, with the drama set to start airing in under two weeks marketing has now started to focus on the eclectic secondary cast. With Nana and Park Sung-hoon still relatively ambiguous in terms of their appeal as leads in their own right, the secondary cast is critical to building up the drama's appeal.

"Into The Ring" is in good hands with Ahn Kil-kang in a prominent position as the father of the character played by Nana. He brings a lightness and freedom to the role with his proud fatherly temperament, being a constant unambiguous big fan of his daughter. Ahn Kil-kang also brings along his appeal from his current appearances in "Once Again", which also show off his eccentric charisma.

Bae Hae-sun and Yoon Joo-sang will offer more broad-based story chemistry, with the former playing a corrupt official and the latter playing a kind-hearted one. And of course, there is Ahn Nae-sang, whose nationalist sympathies make him an obvious villain even as his fate gets tied up with the main characters in convoluted comic ways. "Into The Ring" will premiere on July 1st in the timeslot currently occupied by "Fix You" on KBS.