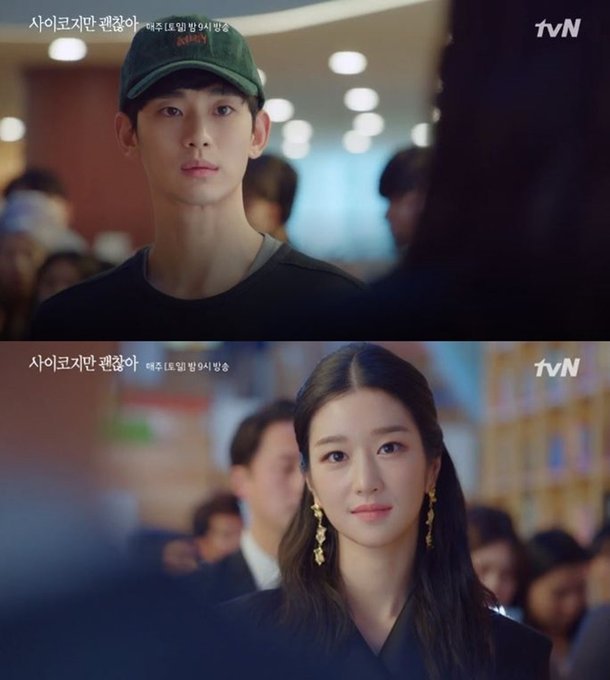 From a premiere of 6.1% in its first night on June 20th, "It's Okay to Not Be Okay" dropped to 4.7% in its second night on June 21st. Online comments have suggested that the drop is due to an unexpected focus on the character played by Seo Ye-ji, who renders the overall subject matter too dark.

The seemingly malicious nature of Seo Ye-ji's character as well as her central importance to the story is little surprise. In the original Korean title of "It's Okay to Not Be Okay", Seo Ye-ji's character is literally described as a psycho. Of course, this difficulty in marketing is a major reason why the otherwise easy to translate title dropped the term psycho from the international release.

In spite of this pratfall, "It's Okay to Not Be Okay" has still been widely praised for strong chemistry between the two actors, a good premise, and outstanding visuals. Increasingly, however, the drama may not be a strong fit for more mainstream markets due to the way its story is centered around mental health. Better branding alone, however, could easily allow "It's Okay to Not Be Okay" to attract a strong overseas following.

"[HanCinema's News] "It's Okay to Not Be OK" Drops in Second Episode"
by HanCinema is licensed under a Creative Commons Attribution-Share Alike 3.0 Unported License.