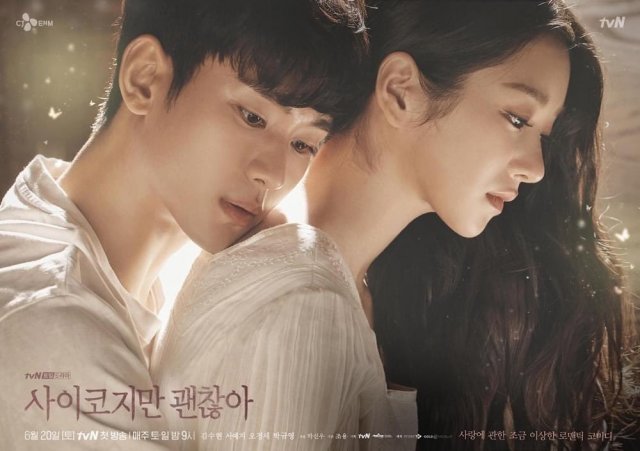 "It's Okay to Not Be OK" ascended to the top of the Good Data Report this week, boosted by social media discussion about Kim Soo-hyun's first drama since his mandatory military release as well as the drama's distinctive visual style. Fittingly Kim Soo-hyun and leading lady Seo Ye-ji also topped the list for performers, ranking first and second respectively.

The second place drama remains the weekend drama "Once Again", which has attracted unusual hype in spite of its relatively low prestige timeslot. It has held second place for three straight weeks now. Two of its performers, Lee Cho-hee and Lee Sang-yi-I, also appear in the third and fifth spots for performers though neither is credited as the lead in this ensemble drama.

"Backstreet Rookie" premiered in third place, but much of the commentary regarding the new drama was negative. Viewers were uncomfortable with the kiss scene between a high school student and an adult man, as well as scenes of teen smoking and a scene discussing prostitution in a hybrid office living space. Ji Chang-wook alone appeared on the list for performers, ranking at number four.

"Kkondae Intern" was in fourth place with an overall drop in interest compared to previous weeks, while "Unfamiliar Family" and "Mystic Pop-Up Bar" had an increase in interest in fifth and sixth place. "Good Casting" had a considerable increase in interest for its final week, but its original numbers were low enough it could only reach seventh place, belying the drama's relatively strong ratings. The data for this iteration of the Good Data Report was obtained between June 15th and June 21st.

"[HanCinema's News] "It's Okay to Not Be Okay" Tops Good Data Report"
by HanCinema is licensed under a Creative Commons Attribution-Share Alike 3.0 Unported License.