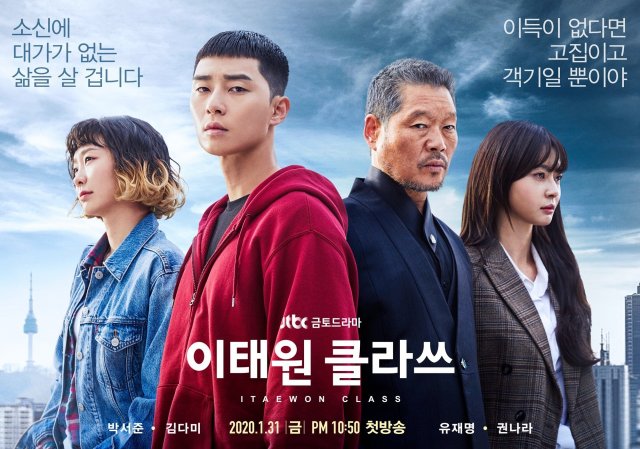 On March 24th CJE&M published their latest contents influencer report, this one for the third week of March. According to the report, "Itaewon Class" was number one between both dramas and variety shows in terms of its measurable influence on social media as well as other metrics.

This is a step up from the drama's rank in the previous report, where it was number two overall, but number one for dramas. "Itaewon Class" ended on March 21st and starred Park Seo-joon and Kim Da-mi in the leading roles. It scored 319.5 points on the overall report, outperforming the second place variety show by over seventy points.

"Hospital Playlist" was the next drama to rank on the list in third place with a total of 232.9 points. "Memorist" was number six on the overall list with a score of 226.2 points. "Hyena" was number eight with 216.9 points, and all other positions in the top ten were occupied by variety shows. The Content Power Index is a collaboration between CJE&M and Nielsen Korea.