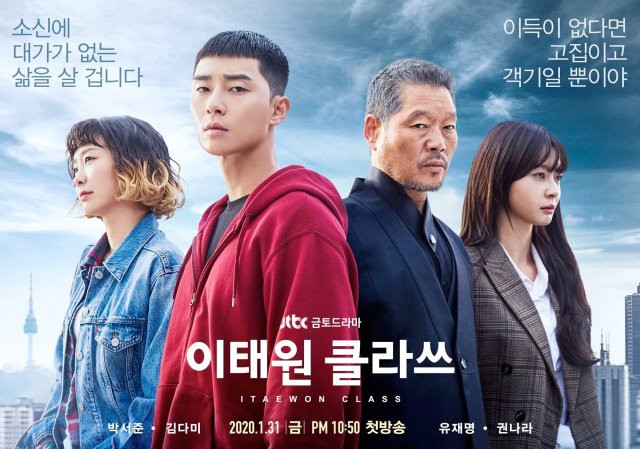 The latest influencer report from CJE&M and Nielsen Korea shows "Itaewon Class" is once again at the top in terms of most talked about dramas on social media. This is the third straight week for "Itaewon Class" on this report, which covered the second week of March.

As "Itaewon Class" comes to an end on March 21st "Hospital Playlist" seems likely to overtake the lead shortly. The new tvN drama ranked number second in the report. "Memorist", another new drama, was third place. "Hi Bye, Mama!" was in fourth place, while "Hyena" was in fifth place.