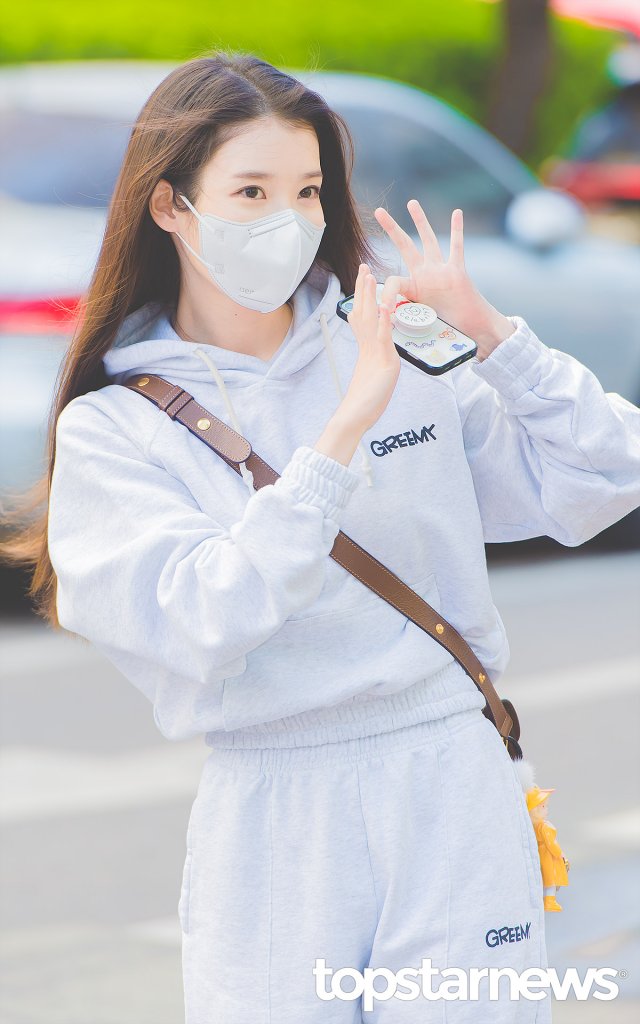 On March 30th, IU went to the Yeoui Island office for an appearance on the musical program Yoo Hee-Yeol's Sketchbook, which airs on KBS after midnight. Though her dress for the event was casual, consisting only of a sweatshirt and sweatpants, IU's look nonetheless captivated photgraphers for a large number of media organizations. All of them caught photos of IU's arrival, where she cheerfully smiled and made friendly gestures to onlookers.

The pictures drew particular interest for capturing IU's trademark expressions in spite of the fact that she was wearing a mask as a precautionary measure against COVID-19. The singer is just coming off the release of her latest album Lilac, which has already proven to be a success. As an actress, IU will also appear in "Shades of the Heart" which will is being released on March 31st. 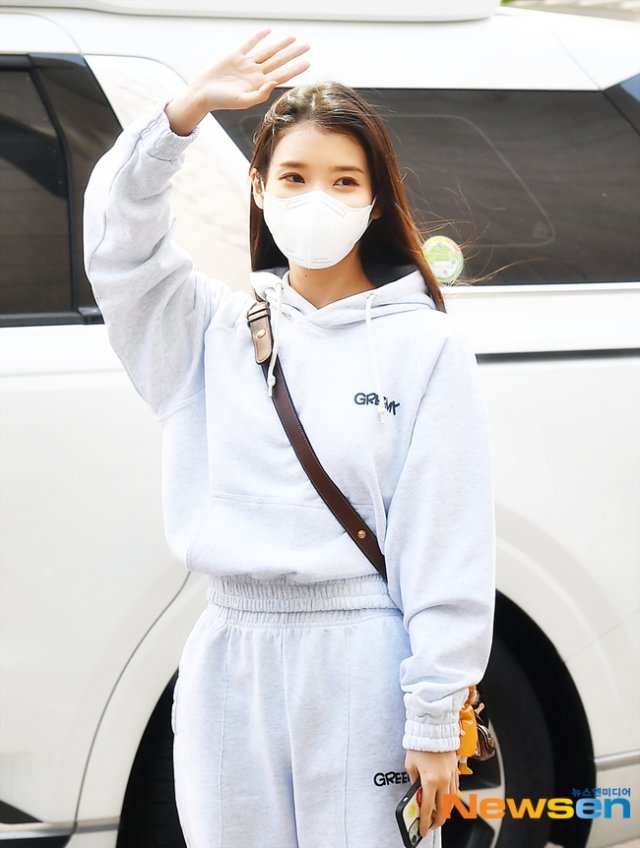 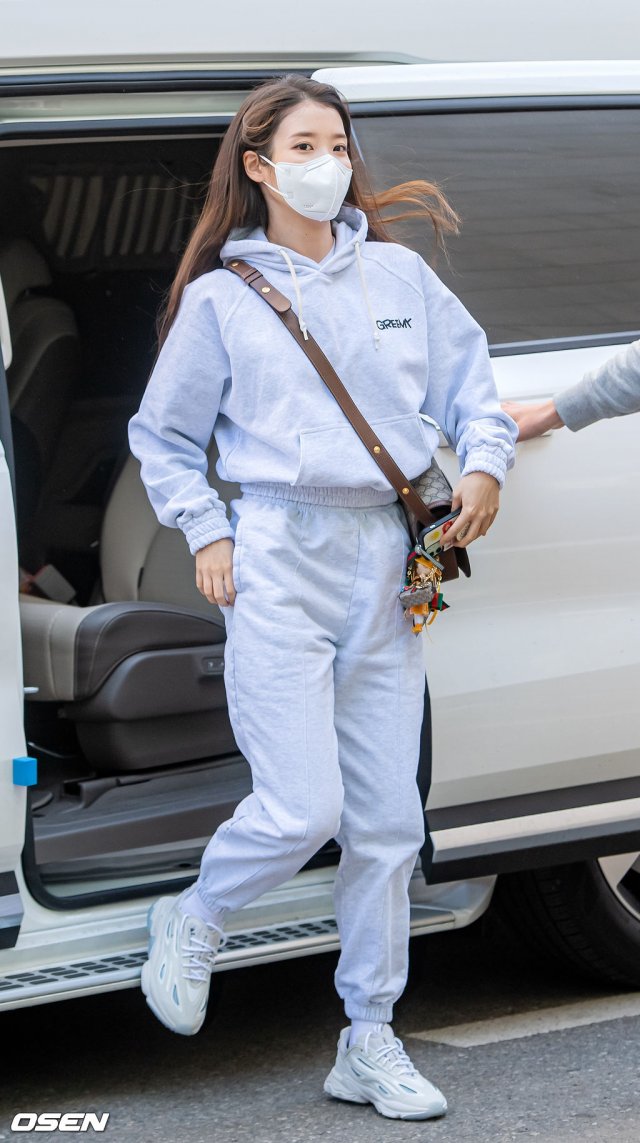 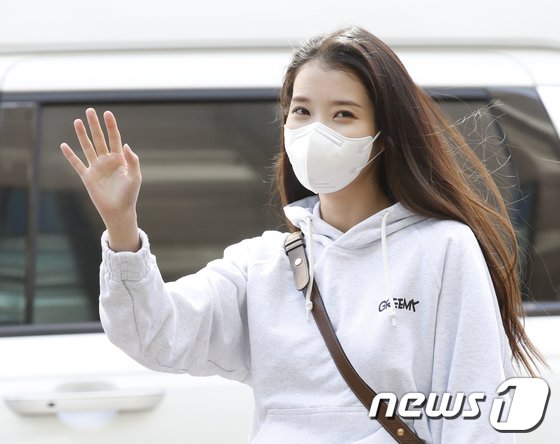 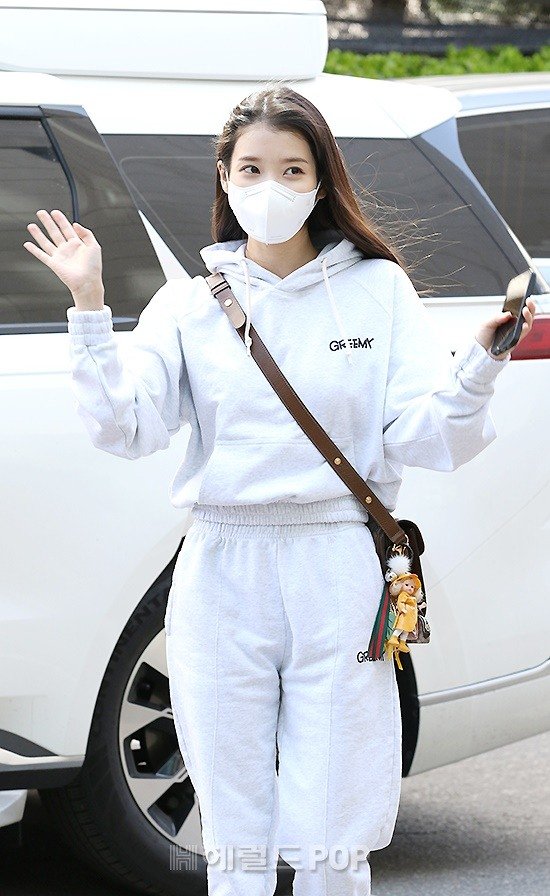 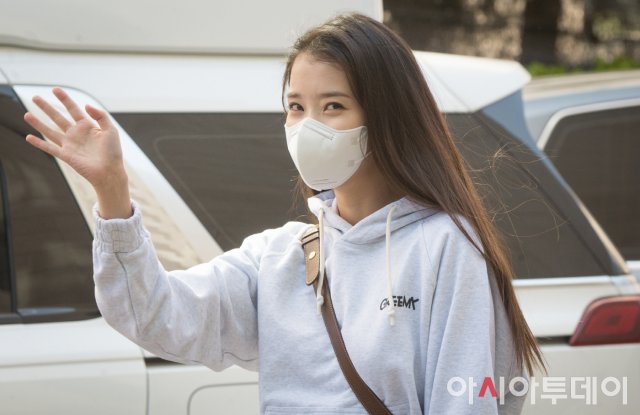 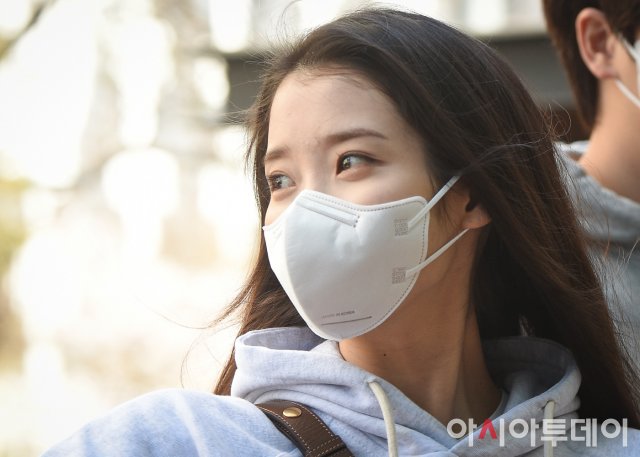 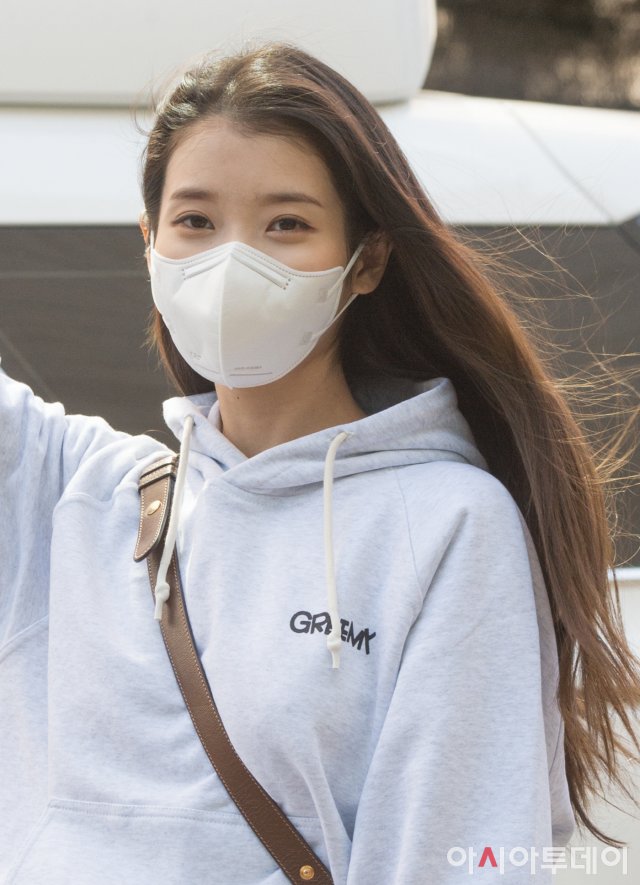 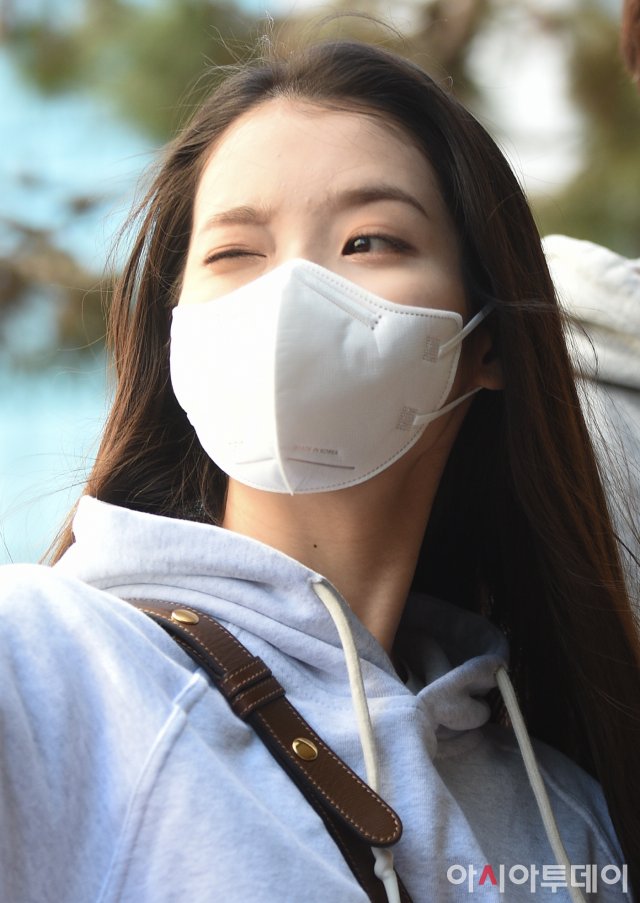