Attached to the photo is a message from IU. In the message, IU expresses appreciation for how her fourth prince memorized Latin for the sake of a prayer in his short scene. She described the action as making her feel emotional, with a heart sign punctuating the end of the sentence. 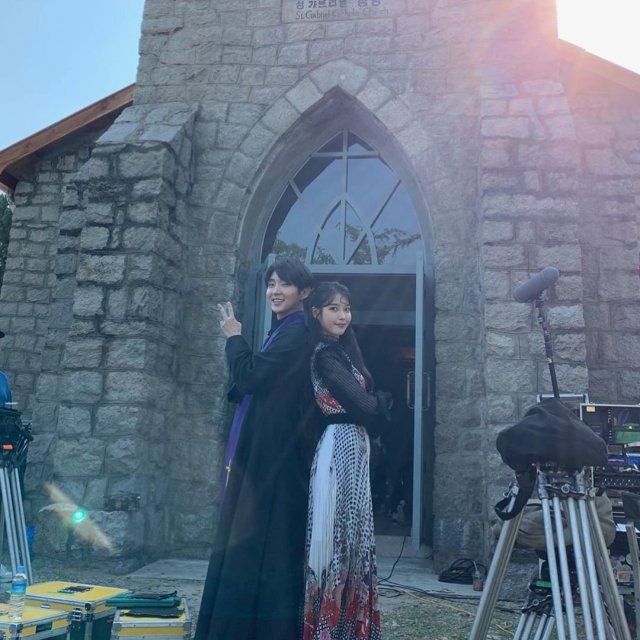 Lee Joon-gi appeared in the July 20th broadcast of "Hotel Del Luna" in a cameo appearance as a priest trying to assist in a troublesome situation at the titular hotel. "Hotel Del Luna" airs on Saturdays and Sundays on tvN.