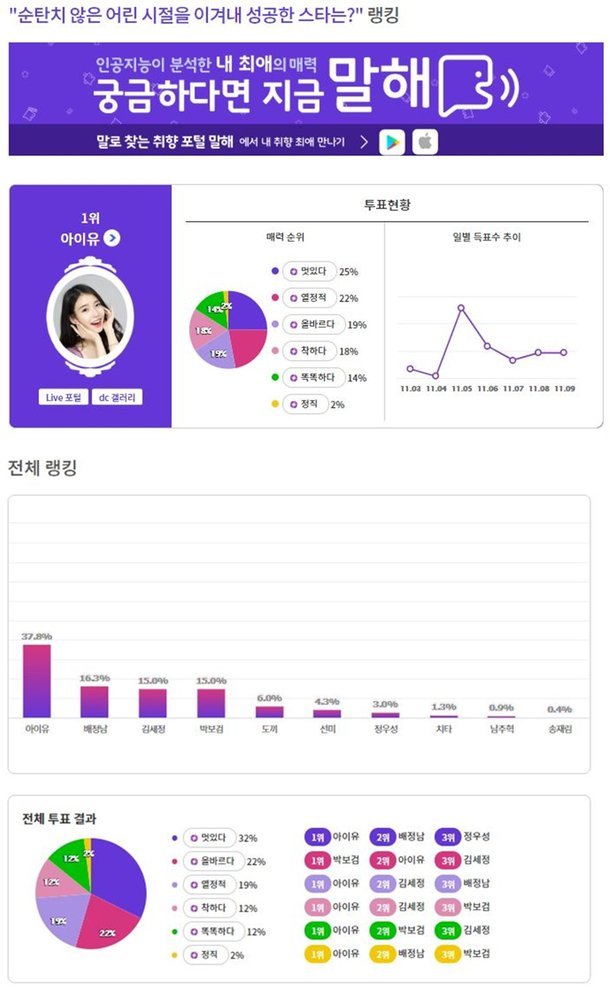 DCInside has released the latest results of its eccentric polling regarding celebrity impression. The most recent query, which celebrity was the most successful in spite of a difficult childhood, was a resounding victory for IU, who received 37.8 percent of the votes.

Information about the life stories of celebrities tends to come from their appearances on variety shows, rather than official media profiles, making the outcome of the poll difficult to predict by a standard review of a celebrity's career. Second place was Bae Jung-nam with 16.3% of the poll, while Park Bo-gum appeared in third place with 15% of respondents.

"[HanCinema's News] IU Tops DCInside Poll of Celebrities Who Persevered Despite a Difficult Childhood"
by HanCinema is licensed under a Creative Commons Attribution-Share Alike 3.0 Unported License.