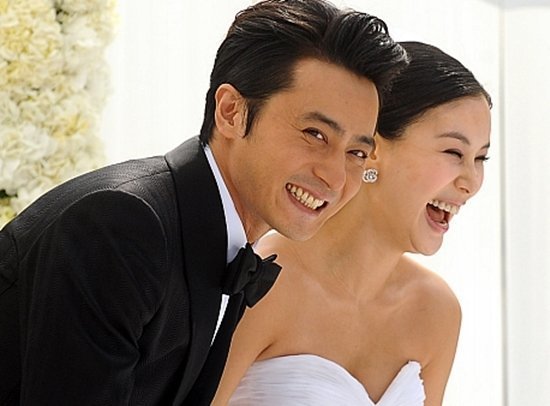 On January 13th sources close to actors Jang Dong-gun and Ko So-young confirmed that the celebrity couple had taken their children on vacation to Hawaii. More details were not forthcoming, but an online commenter has claimed to have seen the family on a flight on January 7th.

January 7th was the same day that threats were made against actor Joo Jin-mo regarding his hacked mobile phone. Images related to the hack were released online on the 10th. The timing of the vacation appears to be a coincidence, their current whereabouts is only a public issue because Jang Dong-gun is the celebrity aside from Joo Jin-mo who appears most frequently in the mobile phone leaks.

Jang Dong-gun and Ko So-young were married in May of 2010 and have two children - a son and a daughter. Released texts concerning Joo Jin-mo and Jang Dong-gun do not paint the two in an overly flattering light, but they provide no evidence that the two have done anything illegal. Neither have they been authenticated. Joo Jin-mo's agency is currently promising legal action against the hacker/leaker.