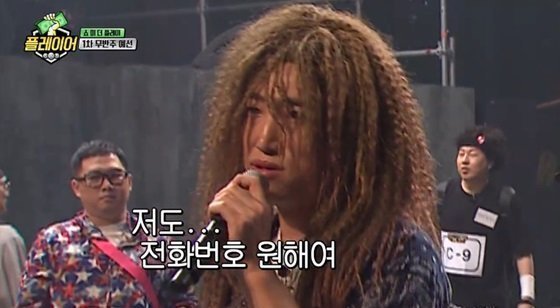 Pressure is mounting on tvN to fire Jang Dong-min following a poorly received broadcast of the variety show 'Player'. On the September 1st broadcast of 'Player' there's a segment where the show's regulars pass judgment on various real world rappers for a parody segment of the popular rap competition program 'Show Me the Money'.

In the segment, teenage rapper Heo Seon-ho finishes a part and afterwards says that she wants a specific necklace. Jang Dong-min responds by saying he wants Heo Seon-ho's phone number, to which she replies that she is only seventeen years old.

The segment alone may have been played off as a joke, except that there is another segment where Heo Seon-ho is behaving with deliberate hostility to the camera outside of the stage. It is unclear whether Heo Seon-ho is genuinely angry or simply performing in a way that is intended to be amusing in the context of her teenage rapper brand.

But even under the best possible interpretation viewers clearly saw Jang Dong-min's joke to be in very poor taste. tvN has confirmed that they have received an unusually large number of complaints about the program and the production company is expected to offer a statement on the matter in the near future.