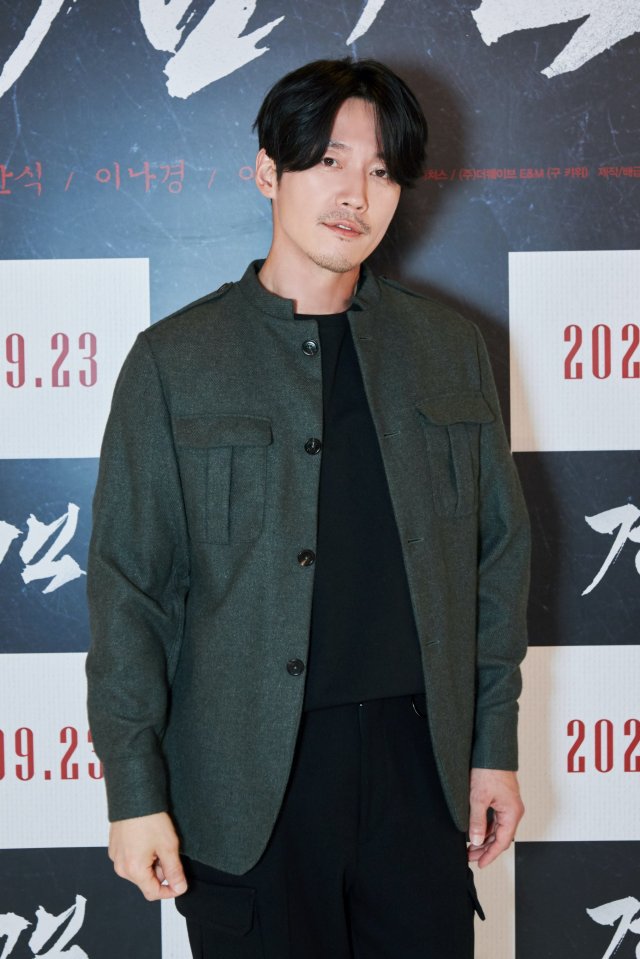 On September 17th an online press conference was held for the upcoming movie "The Swordsman". Actors Jang Hyuk, Kim Hyun-soo, and Jung Man-sik were all in attendance, as was director Choi Jae-hoon. The story takes place after the dethronement of King Gwanghae, with the title character played by Jang Hyuk once again taking up the sword for the sake of his daughter, who is played by Kim Hyun-soo.

Purportedly Jang Hyuk did his own action scenes for the movie. In the press conference, he claimed that checks were done both for his copper stunt wire as well as his sword sharpness in every scene. Jang Hyuk also claimed that this kind of eye-to-eye action, sometimes done sans clothing, was on another level. Director Choi Jae-hoon also mentioned how many scenes were done in a single take to give the action scenes a unique feeling, praisign Jang Hyuk for being able to tolerate the difficult filming.

Jang Hyuk also complained about the contact lens he needed to use for filming in order to provide a certain kind of expression. Jang Hyuk claimed that they often made it difficult for him to see. However, Jang Hyuk also said that without the lens nothing about the filming environment quite felt right. Jang Hyuk also had strong words of praise for Joe Taslim, an international actor who Jang Hyuk felt had excellent speed and rhythm in the action scenes and always helped to finish them early.

According to Jang Hyuk, in an action-centered production effective work by several people are required to make even one look good- in this case him. Jang Hyuk described Joe Taslim as doing great in their training for the action scenes. Jang Hyuk likened Joe Taslim to a soccer player able to adapt to any possible position as necessary. Jang Hyuk also praised the effort and hustle of his co-star Lee Minhyuk, who plays a younger version of Jang Hyuk's character.

In a final comment, Jang Hyuk described his character in "The Swordsman" as a cold and rough killer, analogizing him to the title character of the 1994 film Léon: The Professional. Jang Hyuk also expressed hope that many people would enjoy "The Swordsman" at movie theaters. "The Swordsman" has an official South Korean release date of September 23rd.

"[HanCinema's News] Jang Hyuk Talks About "The Swordsman""
by HanCinema is licensed under a Creative Commons Attribution-Share Alike 3.0 Unported License.