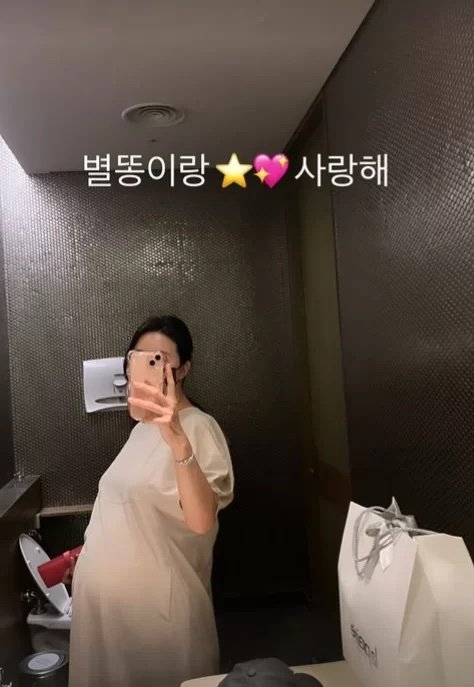 Actress Jang Mi-in-nae has attracted attention recently for a Story on Instagram where she can be seen in a bathroom, in an oversized one piece outfit, with a noticeably large baby bump. The actress announced her pregnancy and marriage earlier this year. Purportedly, she lives together with her fiance in a big house- yet there is still no confirmed date for their wedding, and last month Jang Mi-in-nae did a bridal photoshoot where she looks similarly pregnant. 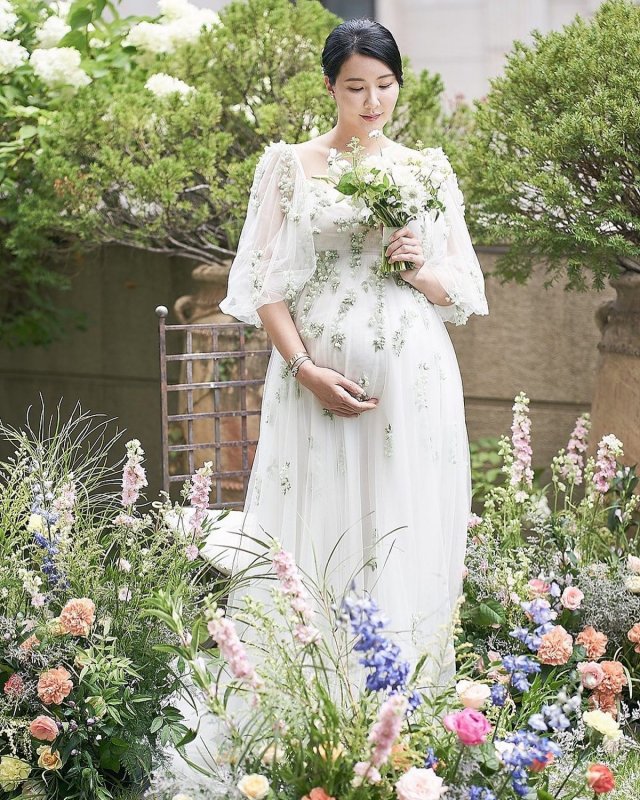 The anticipated due date for Jang Mi-in-nae's child is in October. The father is known to be a businessman who is older than Jang Mi-in-nae, with Jang Mi-in-nae herself being thirty-eight years old. Jang Mi-in-nae retired from acting in March of 2020, and was perhaps not coincidentally embroiled in a social media conflict shortly thereafter where she criticized the government COVID-19 policy,

Her last project was "Neighborhood Lawyer Jo Deul-ho 2: Crime and Punishment" from 2019 where she played a minor named role. Jang Mi-in-nae had long been better known for headlines regarding sponsorship controversies than her acting work. There is no news of a possible return to acting for Jang Mi-in-nae.