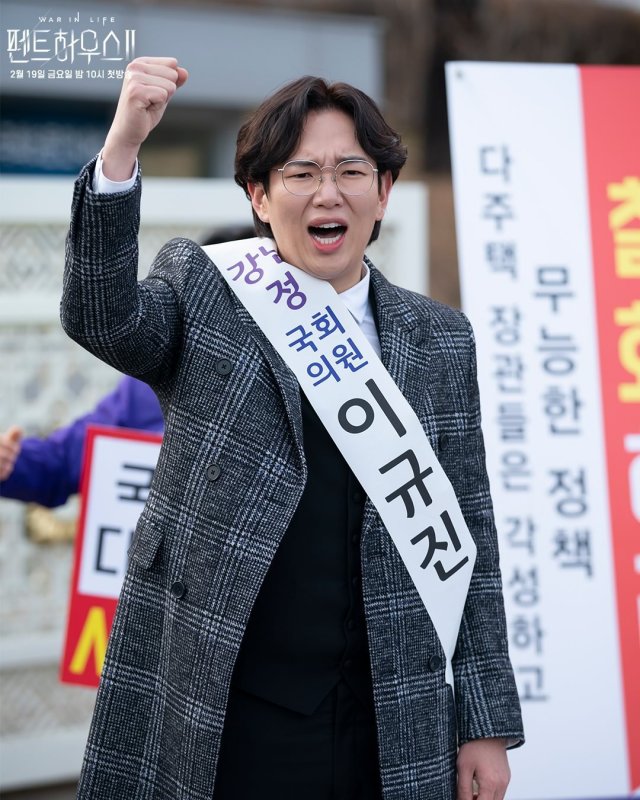 While Jang Sung-kyu had been confirmed as a cast member for "The Penthouse 2" it was only when the drama begain airing on February 19th that the exact nature of his role was revealed. Jang Sung-kyu played the Chief of Staff for the character played by Bong Tae-gyu, who is seen in the drama's first episode waging an abortive parliamentary campaign. Jang Sung-kyu and Bong Tae-gyu are the anchors for the jTBC talk show Movie Room, making the cameo possible.

On Instagram Jang Sung-kyu claimed that he wasn't expecting anyone to much notice his special appearance, but was surprised and flattered to see that his name was trending right behind "The Penthouse 2" in live searches. Jang Sung-kyu also singled out some comments about his performance that he particularly liked in another post. Jang Sung-kyu expressed pride in the milestone. "The Penthouse 2" had ratings of 19.1% in its opening episode.

"[HanCinema's News] Jang Sung-kyu Appears in "The Penthouse 2""
by HanCinema is licensed under a Creative Commons Attribution-Share Alike 3.0 Unported License.