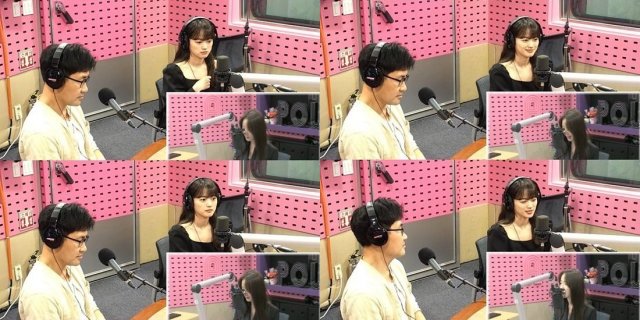 Director Jeon Gye-soo and actress Chun Woo-hee have been making the rounds in the media to promote their upcoming film "Vertigo", a romantic melodrama about a woman who's scared of heights and a man who obsessively climbs buildings. On the SBS radio program 'Cinetown' Jeon Gye-soo talked about an odd encounter he had with Park Chan-wook and Ha Jung-woo.

Jeon Gye-soo knows the two men socially. At the time of the incident, Ha Jung-woo had just been cast for "The Handmaiden" and as such had been talking with Park Chan-wook about the role. Contrary to their expectations the men fell into an awkward conversational rut and called Jeon Gye-soo in the hopes of improving the mood. Unfortunately, as Jeon Gye-soo describes it, he too fell into the awkward disposition.

Chun Woo-hee described a similar feeling when she first received the scenario for "Vertigo". She had been feeling tired about the prospect of new projects, though she had not been working much lately. However, in her case this caused her to empathize with the lead character of "Vertigo" who undergoes similar feelings of malaise. The movie's last line in particular had Chun Woo-hee identify with the character so much that she decided to join the project.

"Vertigo" will be released in South Korean theaters on October 17th. "Vertigo" will also be screened at the Busan International Film Festival before then, and Jeon Gye-soo and Chun Woo-hee will be in attendance.