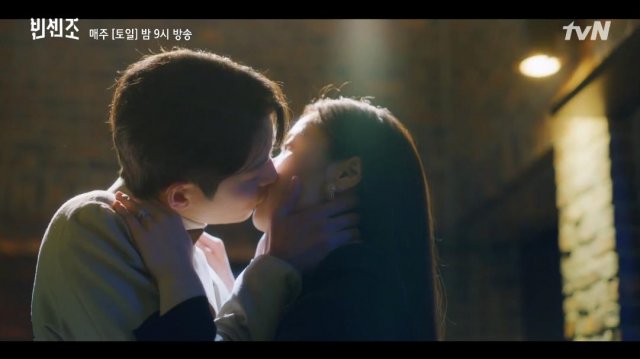 "Vincenzo" started out with synergy from "Space Sweepers" for lead actor Song Joong-ki, as he briefly became the face for Netflix back in February. Now, in April, the situation is reversed with leading lady Jeon Yeo-bin being highlighted ahead of "Night in Paradise" which will release on April 9th. But where "Space Sweepers" was big science fiction spectacle, "Night in Paradise" will take a very different approach, with the latest film from director Park Hoon-jung taking on a tone of noir. 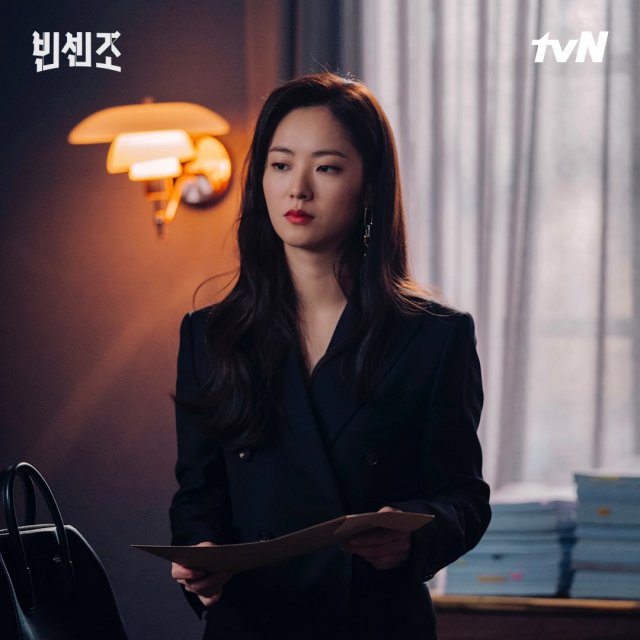 "Vincenzo" itself hasn't exactly been consistent in tone through its run either. The drama which famously started out with an entirely serious Italian mafia hit job quickly devolved into screwball comedy. And now in its closing episodes "Vincenzo" has finally transitioned to romance, with an epic kiss between its generally serious straight man lead Song Joong-ki and the far more bubbly and irreverent Jeon Yeo-bin. The scene in question has already broached four hundred thousand views on Naver TV. 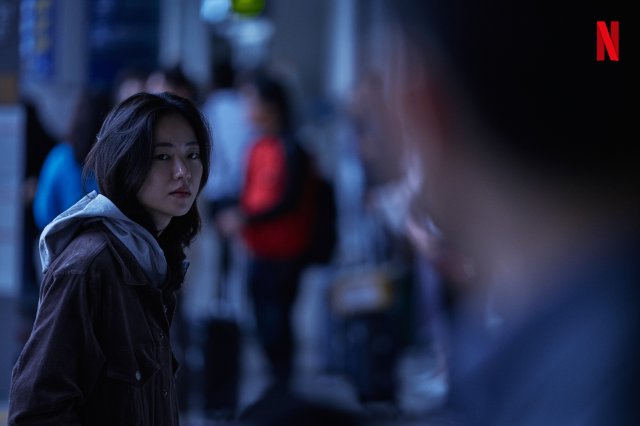 "Vincenzo" has already called much attention to Jeon Ye-bin's talent as an actress, with her charisma effectively setting the tone for the entire story, leading the drama to ratings of over eleven percent. But it remains to be seen whether she can drive "Night in Paradise" to the same level of success internationally. Although as far as aesthetics are concerned, I'll be able to tell whether or not her performance was any good when I review movie upon its worldwide release later this week.

"[HanCinema's News] Jeon Yeo-bin to Climax on Netflix With "Vincenzo" Finale and "Night in Paradise""
by HanCinema is licensed under a Creative Commons Attribution-Share Alike 3.0 Unported License.