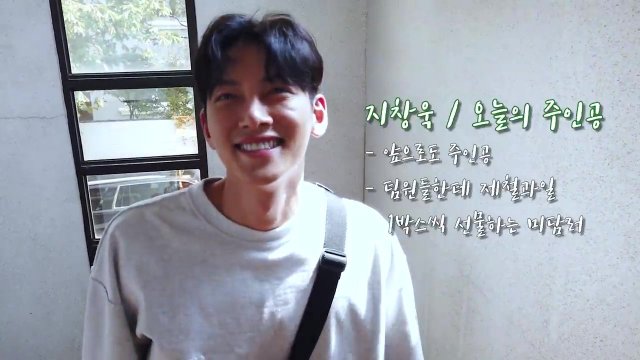 On September 1st Ji Chang-wook posted his first video on YouTube. Though the video is only a four minute long self-introduction, it immediately proved quite popular. In two days it has already amassed two hundred thousand pageviews.

This follows Ji Chang-wook making his personal YouTube page on August 23rd. Ji Chang-wook's stated that the reason for making a YouTube profile was to improve engagement with his fans. He has also posted a shorter, twenty-second behind the scenes teaser for his photo shoot with Esquire Hong Kong.

Ji Chang-wook is not the first South Korean celebrity to seek out more exposure on YouTube. Ha Jung-woo's channel, THE WALKING SCHOOL, features the actor walking and chatting with his friends. Kim Dong-won's channel ,Monotube, features him traveling with his friends. Ha Jung-woo's introductory video also had around two hundred thousand page views, and Kim Dong-won's had about six hundred thousand page views.