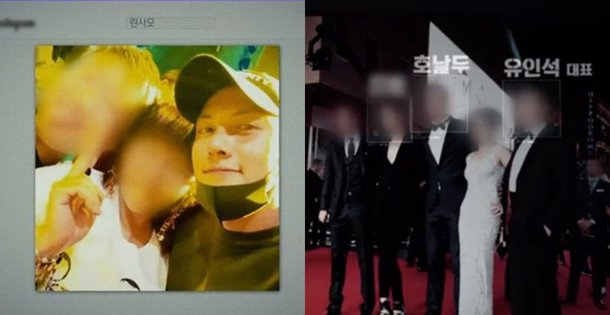 An episode of the investigative journalism program 'Unanswered Questions' has been under harsh scrutiny for showing a photo of Ji Chang-wook in a mosaic related to the 'Burning Sun' investigation. SBS has had to remove the relevant episode from their Video On Demand service in light of complaints.

The episode, which first aired on March 23rd, features a section that discusses the many investors in the 'Burning Sun' club. Many pictures are used to illustrate this point. In one such picture Ji Chang-wook appears with Taiwanese 'Burning Sun' investor Lin Samo.

Ji Chang-wook's agency strongly objected to the image. They noted that Ji Chang-wook does not know Lin Samo personally and understood that the picture in question was a selfie for one of his international fans. They accused 'Unanswered Questions' of insinuating that Ji Chang-wook was involved with 'Burning Sun' investment. They also pointed to another picture in the mosaic featuring soccer star Ronaldo, which airbrushed his face out.

'Unanswered Questions' has agreed that Ji Chang-wook was not involved with 'Burning Sun' investment and denied that this was their intent in having his picture appear in the mosaic. They noted that Ronaldo was still identified by name in his mosaic, even if his face was not visible.