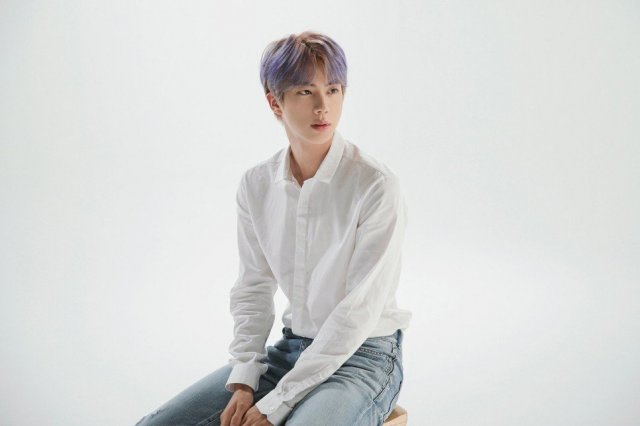 A recent poll conducted by the South Korean portal website DCInside asked users of the site which celebrity had such high quality skin that they seemed to be wearing heavy makeup. The winner was Jin of BTS with 54% of the vote, although his dominance was not quite absolute. Park Hae-jin was in second place with 43% of the vote. No other celebrity obtained a comparably meaingful share of the vote. 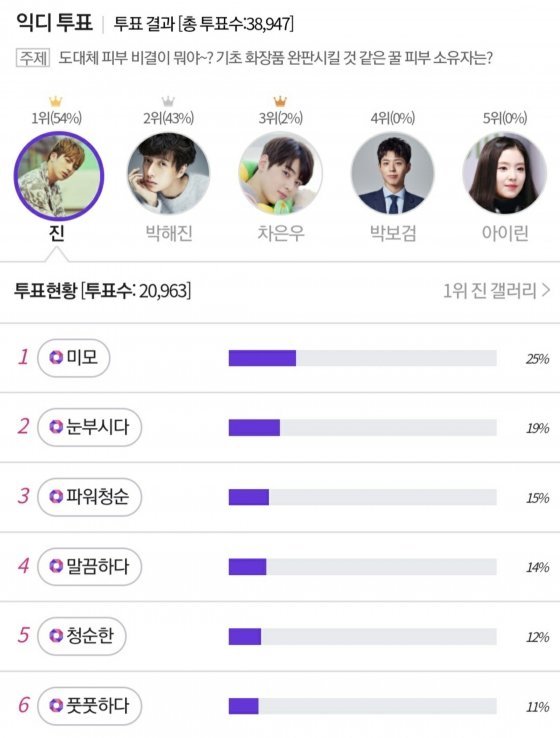 Jin has long been famous for the apparently remarkable quality of his skin. This reputation has only been bolstered by his appearances on a currently airing jTBC variety show which have shown what he looks like without makeup. Beautiful and dazzling were the words poll respondents most associated with him. Along with the rest of BTS, Jin appeared in the recent concert documentary "Break the Silence: The Movie". Park Hae-jin was the lead in "Kkondae Intern" earlier this year.