[HanCinema's News] Jisook Talks About How She First Met her Fiance 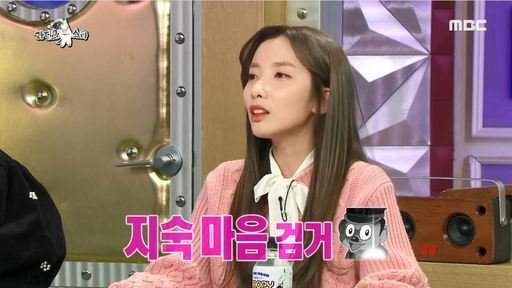 On the November 27th broadcast of the variety talk show 'Radio Star' Jisook talked about how she met her fiance. She immediately grabbed attention by attributing the meeting to malicious comments on the Internet. She was trying to enlist the help of a hacker to help deal with the problem.

Lee Doo-hwi was the man who she found for the job, arrived at through mutual acquaintances. Jisook did not understand why he was so nervous meeting her at the time, only later discovering that he had tried to meet her in the past, but failed. He met her while wearing a fancy suit, quite different from her mental image of a slovenly hacker wearing a hoodie. 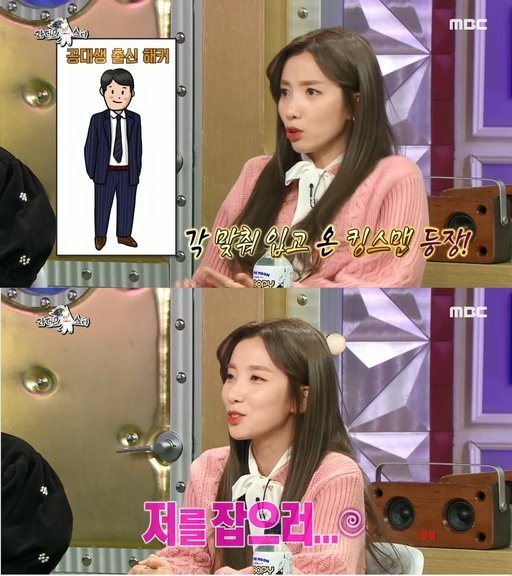 Jisook was not particularly impressed with Lee Doo-hwi on first impression, but changed her mind when she watched him doing programming and coding on the fly, as fast as new words appeared on the screen. She described his form at this point as being sexy, particularly his fingers.

Jisook mentioned how their wedding, set for early next year, left many reporters skeptical, as the impression was that she was far out of his league. But Jisook remains adamant that she is lucky to have him, crediting her fortune to good timing and being able to meet him in the midst of his best element.

Jisook debuted with girl group 'Rainbow' back in 2009. She also appeared in the webdrama "Revive Hope, Mister Go Young". Lee Doo-hwi is an ace programmer at Seoul University. He holds a doctorate in Computer Science and goes by the nickname of 'Dandy Lion'.

"[HanCinema's News] Jisook Talks About How She First Met her Fiance"
by HanCinema is licensed under a Creative Commons Attribution-Share Alike 3.0 Unported License.