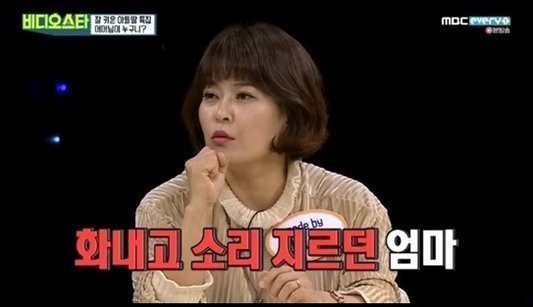 On April 23rd Jo Hye-ryun opened up about her mother on the mbceveryone variety program 'Video Star'. Jo Hye-ryun discussed how she was raised in a household of eight brothers and sisters, where there was always yelling and begging for money.

Jo Hye-ryun talked about how overwhelming it is, sometimes, to think about how difficult life was for her mother. And yet in the present day, Jo Hye-ryun's mother will take time to record messages for her daughter asking questions like, how are you today? And then telling Jo Hye-ryun to take care of her own health.

With tears in her eyes Jo Hye-ryun mentioned how insignificant her own problems seemed in comparison. Jo Hye-ryun wondered if she could have survived like that. Jo Hye-ryun's co-hosts were also moved by the story.

"[HanCinema's News] Jo Hye-ryun Talks About her Mom"
by HanCinema is licensed under a Creative Commons Attribution-Share Alike 3.0 Unported License.