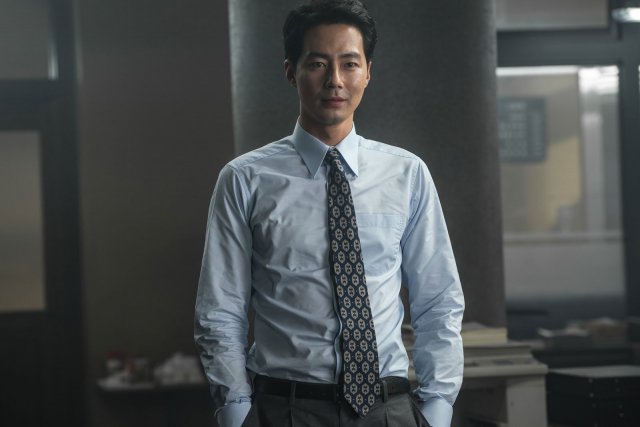 Actor Jo In-sung has been announced as the next special guest for Lotte Cultureworks' 'Happy Ending Star Chair' program. The purpose of the program is to connect actors with spectators through watching one of the actor's movies together. The program will take place at 7:00 PM at Lotte World Tower in southeast Seoul.

The movie to be shown is "The King" from 2017. The movie marked his return to movies, having last made "A Frozen Flower" back in 2008. Lotte Culturework has emphasized how Jo In-sung is not just the lead actor of "The King", but also the film's narrator, which gives him special insight into the broader nature of the plot.

Tickets for the event sold out shortly after opening on June 7th. This is a testament both to Jo In-sung's personal popularity as well as the broader success of the 'Happy Ending Star Chair' program.