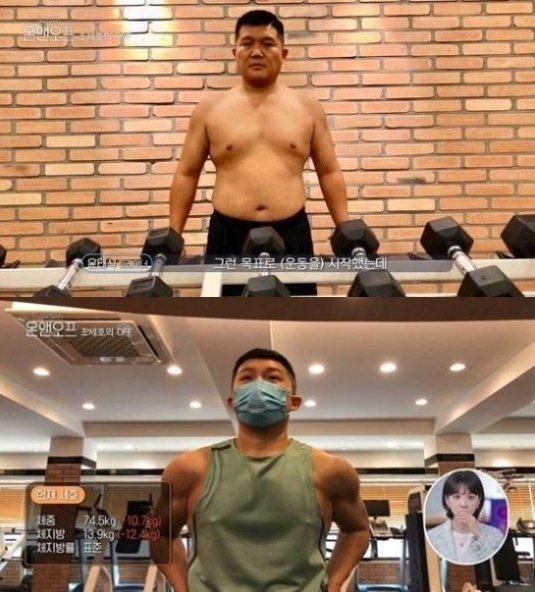 While Jo Se-ho is best known for his reputation as a heavyset performer, the man has undergone a rejuvenation. Where just three months ago he weighed in at a portly 85.2 kilograms, he has lost over ten kilograms of that weight and now met his target goal 74.5 kilograms. His story was told in detail in a recent broadcast of the tvN variety show 'On and Off", where panelists were shocked by his new physique.

According to Jo Se-ho this was achieved through hard work and setting a definite goal. He has been working out five or six times a week for two hours a day. To assist in his quest, he hired the same personal trainer employed by such stars as Gong Yoo, Hyun Bin, Jung Yong-hwa, Kang Min-kyung, Suzy, Seolhyun, and others.

The relevant trainer, Yoon, said that even for someone in their late thirties workouts and diets can slowly get to become fun provided they are goal-oriented. In any case Jo Se-ho's exercise regiment appears to be a resounding success, and much screentime was also dedicated to emphasizing the various ways Jo Se-ho plans to avoid relapsing into his old bad habits.