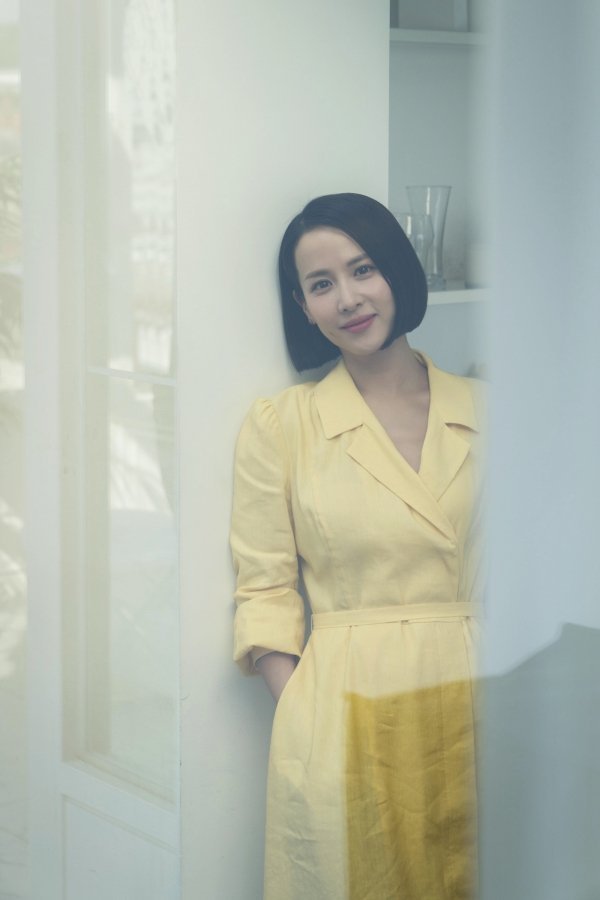 Cho Yeo-jeong is an actress who fades in and out of public consciousness. While she had a leading role in the 2010 film "The Concubine" and the 2012 drama "Haeundae Lovers", for the most part she has built her reputation off of high profile secondary roles. This year, those roles have been the Palme d'Or winning film "Parasite" and the social consciousness oriented jTBC drama "Beautiful World".

Cho Yeo-jeong has said when she first saw the script for "Parasite" she realized the role of Yeon-gyo was excellently underspoken. In the script's backstory, that does not come up in the film proper, Cho Yeo-jeong's character got married at the age of twenty-two. This allowed for much subtlety in the range of Cho Yeo-jeong's performance of a lifelong wealthy housewife.

Cho Yeo-jeong describes the role as being that of a doting mother who has perfectly decorated her children's lives. But since Yeon-gyo herself is not really an adult, her ability to accurately gauge what's best for her family is limited. This is why she falls victim to the grifting poor family, setting off the movie's conflict. However, the extent to which Yeon-gyo's actions can really be called wrong is ambiguous, since her actions do sincerely bring happiness to her own family, which is what she cares about.

Cho Yeo-jeong said that the character's speaking style is neither quick nor confident, and that even in sad or severe moments she always has a light comic touch. She doesn't show much variation. So when Park So-dam's character, Gi-jeong, calls Yeon-gyo mistress of the inside, it's not a compliment.

Cho Yeo-jeong's character in "Beautiful World" was very much the opposite of this. Cho Yeo-jeong has described Eun-joo as being much more furtive and complex, struggling as she does with hiding herself as well as the crimes she has committed. Eun-joo has a much more traditional arc compared to the fairly static Yeon-gyo, as she must come to grips with acknowledging personal failure and thus showing agency in the drama's climactic moments.

"[HanCinema's News] Cho Yeo-jeong Talks About her Work in "Parasite" and "Beautiful World""
by HanCinema is licensed under a Creative Commons Attribution-Share Alike 3.0 Unported License.