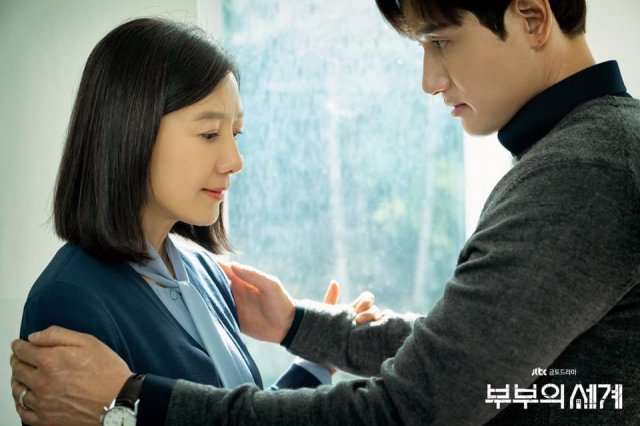 On April 23rd jTBC announced a change in the suggested viewer rating for the last eight episodes of the hit drama "The World of the Married". Up until now the drama had screened with an age 15 advisory rating. But going forward, the drama's episodes will now carry an age 19 advisory rating.

The changes are in response to criticism of violence in the drama's eighth episode, wherein lead actress Kim Hee-ae is violently assaulted in a scene described by many as uncomfortably voyeuristic. jTBC was careful to avoid mentioning the scene directly in its statement, merely saying that the drama, which up until now had largely been psychologically themed, was going to escalate in intensity in the second half.

Indeed, the phrasing of the statement almost made the decision sound like a marketing tactic. But in any case in the near-term the drama's ratings are unlikely to be affected by the change, as "The World of the Married" was already airing late at night. However, the drama may fall afoul of syndication requirements going forward, as age 19 advisory programming faces more limitations in regards to daytime rebroadcasts.

"[HanCinema's News] JTBC Revises Viewer Rating for "The World of the Married""
by HanCinema is licensed under a Creative Commons Attribution-Share Alike 3.0 Unported License.