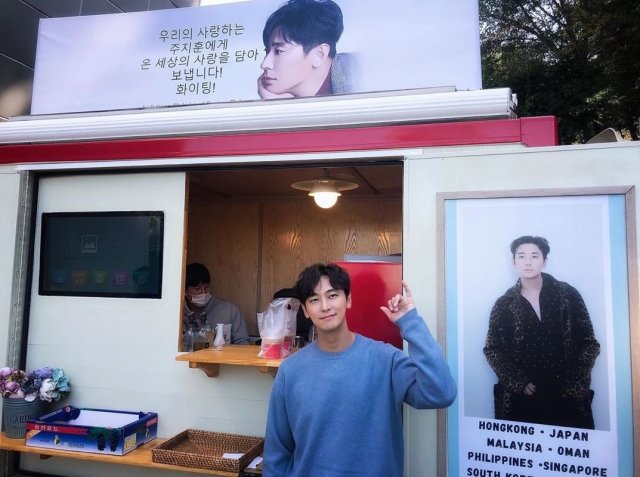 Ju Ji-hoon's agency Keyeast recently released photos on Instagram of the actor on the set of "Jirisan", which is currently filming. In one picture, he can be seen signing a piece of paper that says Ju Ji Hoon Global, and in another he can be seen smiling and making a gesture toward the camera. Next to Ju Ji-hoon is a photo of himself with the names of various countries attached. 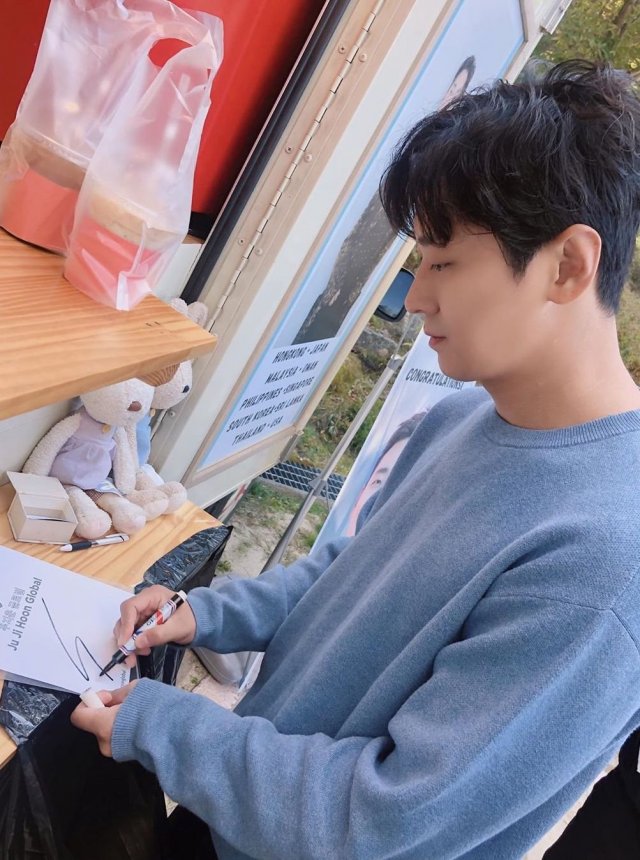 The upper banner of the coffee car reads, in Korean, that fans all over the world are sending their love to their beloved Ju Ji-hoon. They also encourage him to stay strong. In the post, Keyeast states that Ju Ji-hoon is healthily hard at work filming "Jirisan". There is not currently a release window or network for "Jirisan", although the drama is expected to come out some time next year. 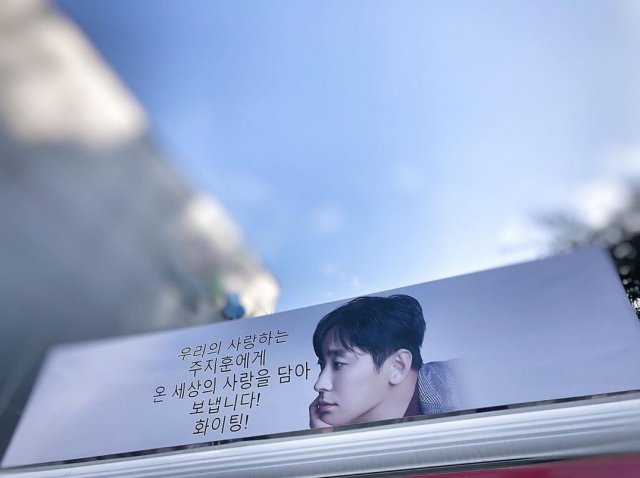