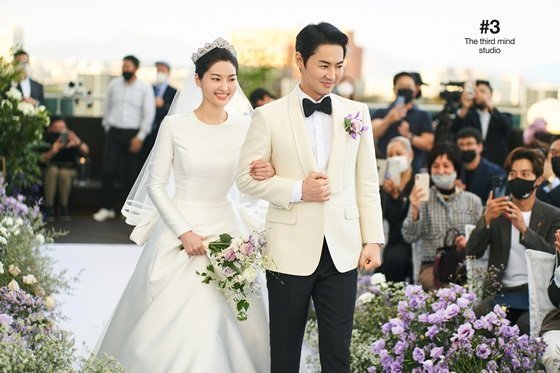 A person close to the production of "The Penthouse 2" has confirmed that Jun Jin and his wife would make a special appearance in the first episode of the drama. Purportedly they will make an appearance at a party following a musical performance by Kim Hyun-soo's character. They will play a couple that is being described as royalty. Filming for the scene in question ended on January 2nd, with "The Penthouse 2" well into production for a projected fall release.

Jun Jin is best known for his musical work with Shinhwa. It has been some time since he has done an acting appearance. His wife, Ryu Yi-seo, is a flight attendant. Since their September wedding Jun Jin and Ryu Yi-seo have had a larger public profile thanks to their appearing together on the variety show Same Beds, Different Dreams 2: You Are My Destiny. The first season of "The Penthouse" finished on January 5th with ratings of 28.8%.

"[HanCinema's News] Jun Jin and his Wife to Appear in "The Penthouse 2""
by HanCinema is licensed under a Creative Commons Attribution-Share Alike 3.0 Unported License.