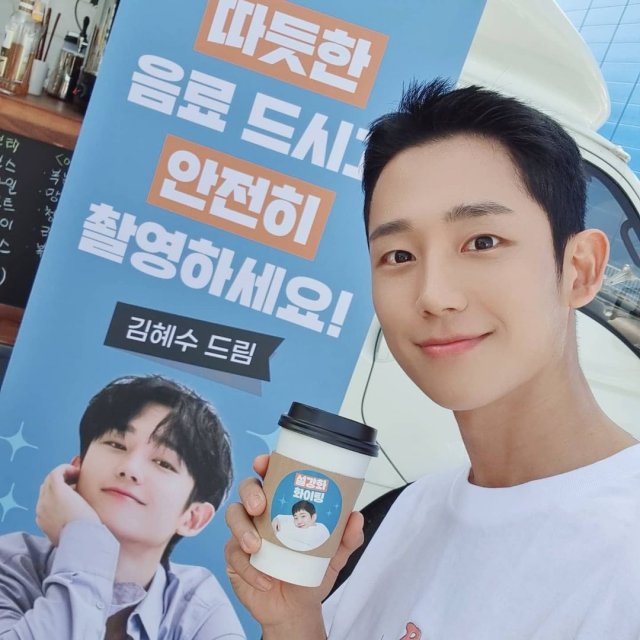 Jung Hae-in recently made a post on Instagram where he acknowledged recent of of a coffee car from actress Kim Hye-soo. Referring to her as his senior, Jung Hae-in offered a simple respectful thank you alongside a picture of himself with the car. The banner, which was signed by Kim Hye-soo, told cast and crew of "Snowdrop" to drink hot liquids and please film safely. 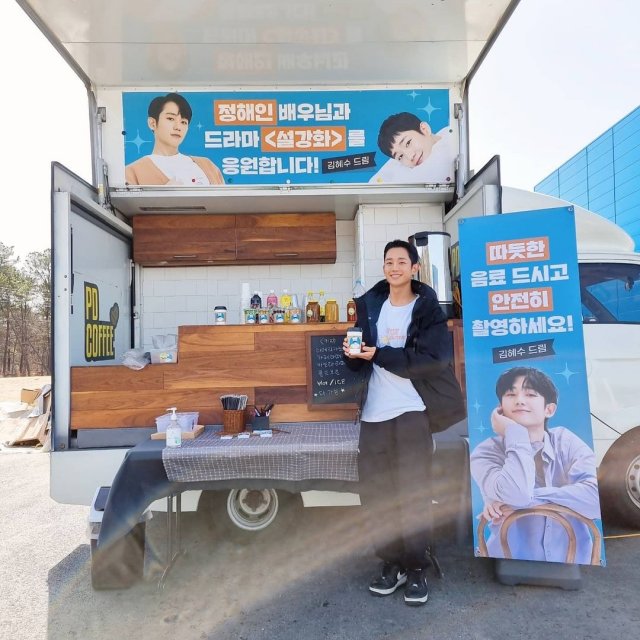 It is unclear how exactly Jung Hae-in and Kim Hye-soo know each other. The two actors have never appeared in the same screen project together and they are represented by different agencies. While "Snowdrop" is currently filming, it is unknown when the late eighties period drama will begin to air on jTBC. The next drama from Kim Hye-soo will be "Juvenile Judgment" which also has an unknown release date but for the Netflix streaming platform.