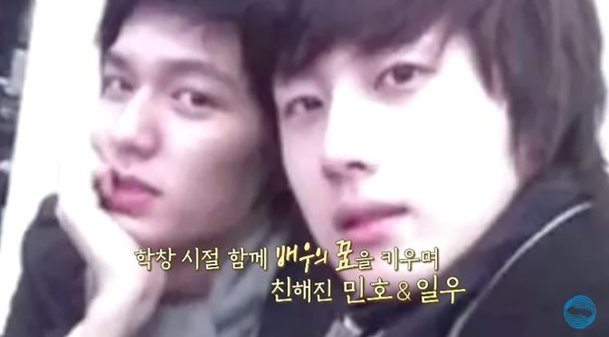 On the most recent episode of the variety show 'Funstaurant' actor Jung Il-woo took a moment to talk about his relationship with Lee Min-ho. The two actors are not often mentioned together, as they appear in very different kinds of genres. But the pair actually have a relationship dating back to their high school days.

According to Jung Il-woo, his first response upon meeting Lee Min-ho was to wonder who that good-looking guy was. Jung Il-woo said that Lee Min-ho had always looked as handsome as he does today even in his younger years. The two of them became friends as they dreamed together about becoming actors.

To this day Jung Il-woo and Lee Min-ho maintain social contact, though they have never collaborated on the same project. They frequently send each other coffee cars while working. Recently, there has been little cause for that. During Jung Il-woo's last project, "Haechi" in 2019, Lee Min-ho was undergoing mandatory military service. Lee Min-ho still has not started his first comeback drama, though he has been confirmed to appear in "The King: Forever Sovereign" sometime this year.

Jung Il-woo made his debut in the 2006 situation comedy "High Kick!" while Lee Min-ho first appeared in the school drama "Secret Camp". Both actors were born in 1987.