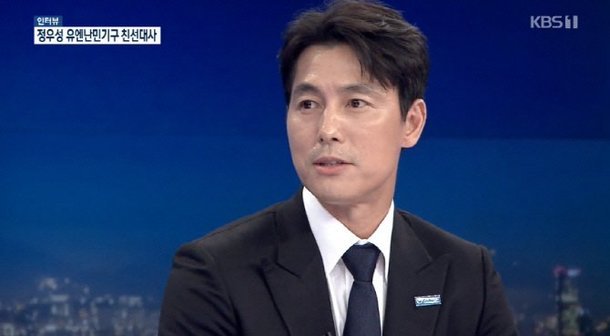 On July 13th Jung Woo-sung discussed on Instagram how constant rains and flooding over the past two weeks in Bangladesh are still affecting some 24,000 Rohingya refugees in the area.

He mentioned that some 2,100 people have been moved to safety by UN relief efforts, but that there is much more work to be done. He encouraged followers to remember that all of these people were someone's mother, or son, or sister.

This attitude is nothing new for Jung Woo-sung, who has been a United Nations spokesperson on refugee issues for the last five years. Last June he took the side of refugees who were setlling on Jeju Island following protests of their being resettled in that rea. Jung Woo-sung has consistently urged Koreans to think about the aid they received as a country during the Korean War. In a more formal context Jung Woo-sung also recently appeared on KBS1 News at Nine on June 20th to discuss these issues.