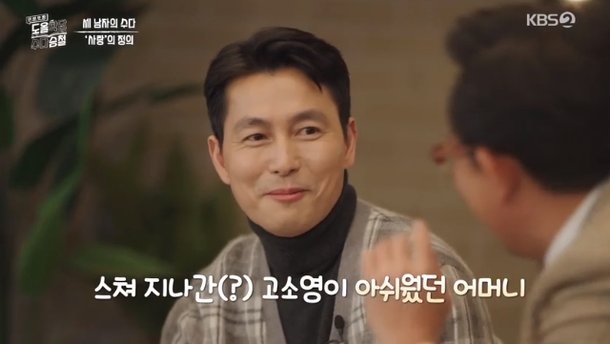 On March 18th Jung Woo-sung made an appearance on the KBS talk show 'Dolseung's Chat Time'. During this appearance he spoke frankly about his love life, or lack thereof via various relevant anecdotes.

In regards to his own future regarding a possible marriage, Jung Woo-sung has described his main priority as to be a good father. He described himself as not a terribly satisfying boyfriend, owing to the commitments he placed on his career as an actor. Jung Woo-sung also claimed that, for his popular image, in person he is quite clumsy in regards to being romantic, and often inspired the opposite reaction in girlfriends as to what he was attempting.