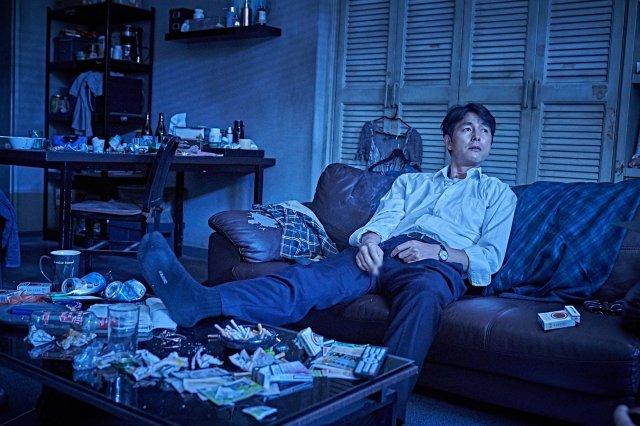 Following an award-winning performance as a defense attorney in "Innocent Witness" earlier this year, Jung Woo-sung is set to become known for a very different kind of role in 2020 in "Beasts Clawing at Straws", where he will play a slovenly lowlife obsessed as the other characters are with a bag full of money.

The unsympathetic nature of the character is a new one for Jung Woo-sung. While the famed actor has played many villains or at least villainous individuals over the course of his career, typically they at least managed to be evil in a cool, distinctive way. Jung Woo-sung certainly looks to be distinctive in "Beasts Clawing at Straws", lounging in front of a coffee table covered in cigarettes and trash, but he does not look cool. 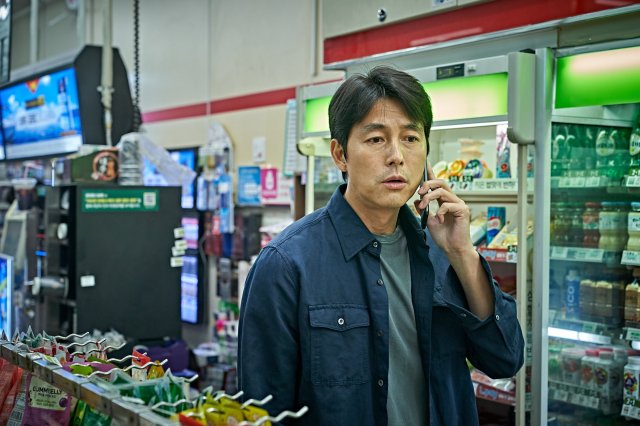 Jung Woo-sung has described his character as being the most passive of any he's played, and indecisive to boot. Jung Woo-sung says that while his character isn't particularly strong, he can at least pretend to be strong - describing this aspect of him as being unusually humanistic. "Beasts Clawing at Straws" is expected to be released in February of the next year.