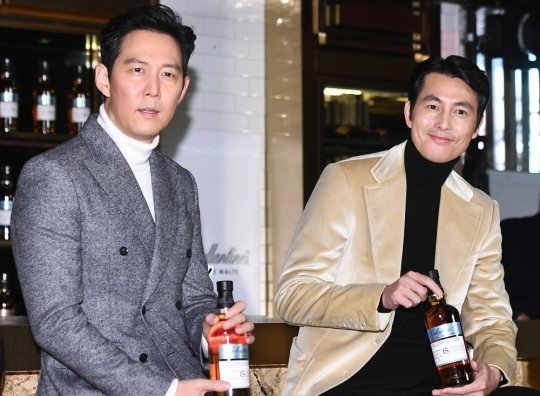 The movie "Hunt" was recently confirmed with famed actor Lee Jung-jae confirmed as both the director and the lead actor. "Hunt" deals with two ace national security agents chasing down a spy ring. Lee Jung-jae's character is named Park Pyeong-ho, with the other named Kim Jeong-do, both creations of his own script. While casting for Kim Jeong-do has not yet been confirmed, Jung Woo-sung's agency Artist Company has confirmed that Jung Woo-sung is currently considering the part.

This potential pairing would be the first time the actors have worked together in over twenty years. But the development process for "Hunt" is still quite early, with production not expected until 2021. Nevertheless, Artist Studio is putting serious effort behind the project, having enlisted Sanai Pictures to assist. Sanai Pictures is the production company responsible for such movies as "The New World", "Asura: The City of Madness", "The Spy Gone North", and "Money".