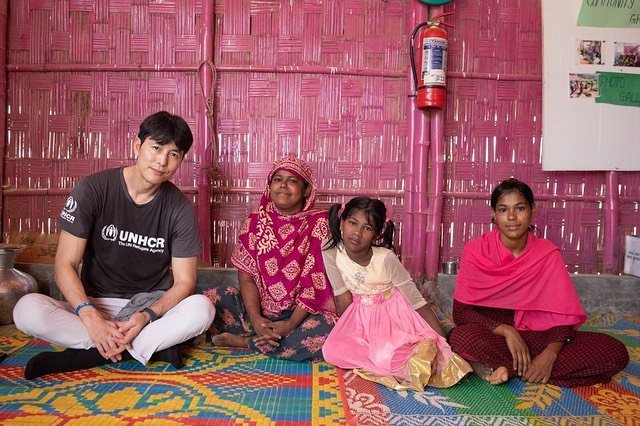 Jung Woo-sung has been outspoken lately in his role as South Korean representative for migrant issues at the Seoul branch of the United Nations. He held a press conference and made statements about Rohingya refugees from Myanmar.

Jung Woo-sung stated that Koreans, too, have felt the pain of being in a refugee crisis situation. He urged Koreans to remember that once they also had these problems and that, at the time, they received support from richer countries in order to solve it. 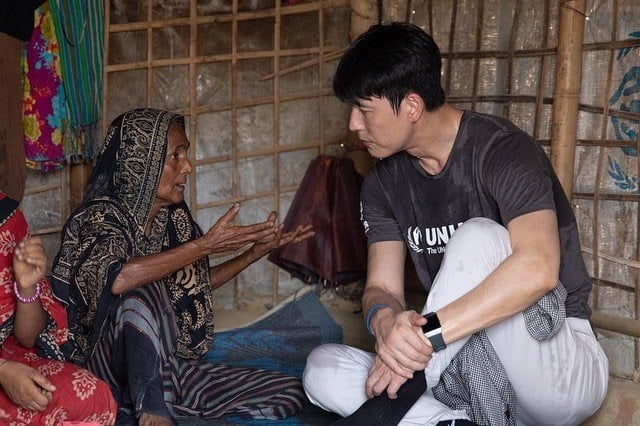 Jung Woo-sung said that such tragedies should not be cyclical, and expressed hope that the heart Korea was given in those trying times would be paid forward. He stated that the royal we does not refer to just one nation's people but also the human race in general, and urged consideration for people old and young who are forced to live in a strange, unwelcoming place.

Jung Woo-sung stated that the crisis could not continue and urged to work with rest of Asia to solve it. He was most likely referring to increasing refugee quotas. The Bangladesh government announced that they would no longer accept more Rohingya refugees starting on March 1st.