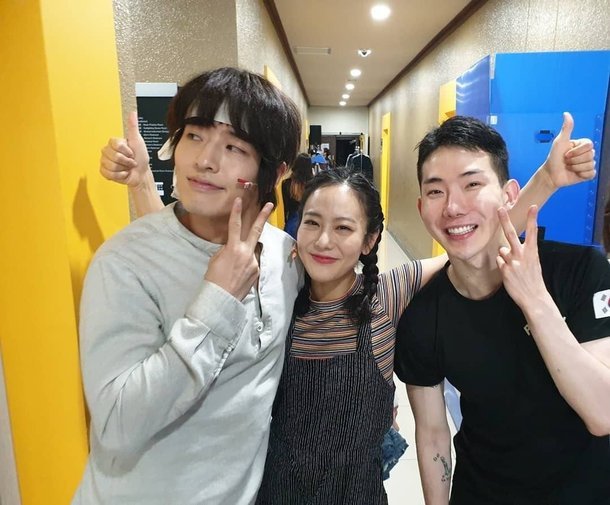 However an old Instagram picture of the pair alongside singer Jo Kwon has added more fuel to the rumor. The post, which was made on June 4th 2019, makes reference to Kang Ha-neul being a source of support since July of 2018, seemingly confirming the overall timeline.

What makes the report particularly remarkable is that the alleged relationship would have begun during Kang Ha-neul's mandatory military service. This would not be an ideal time to begin a relationship. However, the stage actress appeared alongside Kang Ha-neul in the military musical Shinheung Military Academy, which would explain how they know each other.

A person affiliated with Kang Ha-neul's agency has not denied the preexisting relationship, but has described the two as just being friends, not lovers. While a trip taken by the two referenced in the report did happen, many cast members for the musical were present, not just Kang Ha-neul and his alleged secret girlfriend.