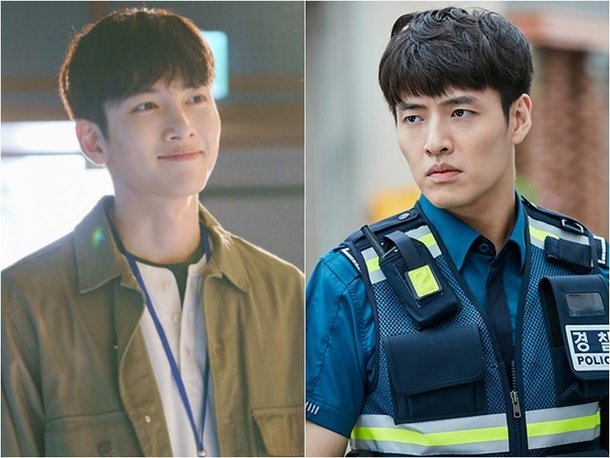 Kang Ha-neul and Ji Chang-wook were just two of many actors who finished their mandatory military service this year. However, they were noteworthy as the first such actors to jump straight into new projects. The gap in performance between the two has been startling. Kang Ha-neul's chosen project, "When the Camellia Blooms" hit ratings of 20.7%, while Ji Chang-wook's drama "Please Melt Me" could only get as high as 3.2%.

The difference is stark in part because of how counterintuitive it is relative to the actors' reputations. Though Kang Ha-neul has his fans, his last project that could reasonably be considered a big hit was police action comedy film "Midnight Runners". Ji Chang-wook, by contrast, had several popular dramas to his credit and his return was much more hotly anticipated.

The contrast between the reception of the two dramas has been a notable reminder of how stardom and hype isn't everything. Though Kang Ha-neul showed startlingly strong chemistry with Gong Hyo-jin, a leading lady ten years his senior, Ji Chang-wook struggled to get that kind of spark with his leading co-actress, Won Jin-ah.

The backdrops were also critical. While "Please Melt Me" depended on the beginning from the hype created by Ji Chang-wook in the leading role, "When the Camellia Blooms" was a much broader based project in terms of appeal. The suspense thriller aspects of "When the Camellia Blooms" were critical to sustaining that drama's popularity. But "Please Melt Me" showed surprisingly little ambition in terms of side plot hooks given its unusual setting.

Another important contrast is the characters they were playing. While Kang Ha-neul's bumbling police officer had a certain rustic charm, Ji Chang-wook's twenty year removed lanyard was too cool for his own good, and difficult to relate to. As Kang Ha-neul has already prepared to return to stage productions, Ji Chang-wook looks like he's making a more careful effort this time to deliberate his next move.