[HanCinema's News] Kang Han-na, Bae in-hyuk, and Kim Do-wan Confirmed for "My Roommate Is a Gumiho" 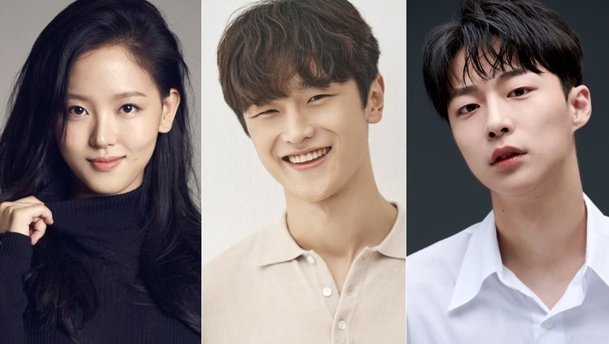 The upcoming tvN drama "My Roommate Is a Gumiho" recently confirmed several members of the core cast. "My Roommate Is a Gumiho" is based on the webtoon of the same title, which deals with a male gumiho, here played by Jang Ki-yong, who gets mixed up with a human college student, played by Hyeri, due to an incident involving his mystical beads. Their participation in the project as lead actors was confirmed last week.

New cast members include Kang Han-na, who was previously reported as considering the project, playing Yang Hye-seon, who is another gumiho. Her character is described as having a fabulous visual sense as well as a near perfect ability to pass for human. This will be the first new role for Kang Han-na following "Start Up" where she played the second lead.

Kim Do-wan will play Do Jae-jin, and Bae In-hyuk will play Gye Seon-woo. "My Roommate Is a Gumiho" is being marketed as having a webtoon perfect lineup, as the relevant actors are noteworthy for having very similar physical appearances to the characters they will be portraying. "My Roommate Is a Gumiho" is being directed by Baek Seung-ryong of "The Idle Mermaid" and "Pegasus Market" and is expected to air on tvN sometime next year.

"[HanCinema's News] Kang Han-na, Bae in-hyuk, and Kim Do-wan Confirmed for "My Roommate Is a Gumiho""
by HanCinema is licensed under a Creative Commons Attribution-Share Alike 3.0 Unported License.