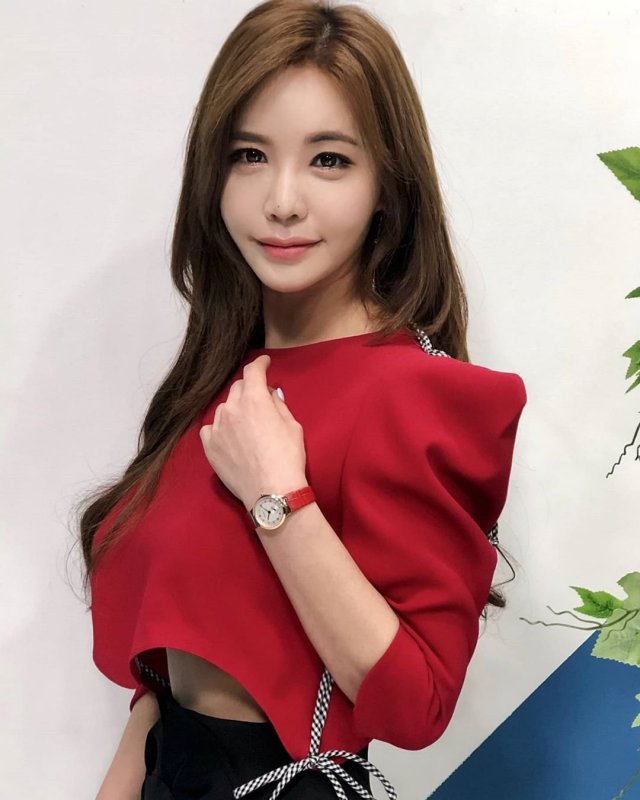 In a recent interview promoting her movie "Love Conquest" actress Kang Ye-bin had a chance to discuss her career to date. Kang Ye-bin has long had a sexy image, which on its own has never bothered her. However, a stalking incident has confirmed for her that her chosen profession is a difficult one.

Kang Ye-bin contextualized many of her job hazards as being hopelessly incidental and unavoidable. She debuted as an Octagon Girl for UFC back in 2012, and promptly received much attention for her image. However, many work offers Kang Ye-bin received at that time focused on her image as an Octagon Girl, and Kang Ye-bin decided against trying to trade too highly on sex appeal alone.

According to Kang Ye-bin she attempted to moderate her image in "Love Conquest" accordingly, as she has with past acting projects. While her character does have an important sexual element, at the same time Kang Ye-bin tried to play her off as cute. Indeed, centered as the movie's action is around higher professional learning, sex appeal alone would not have been appropriate for the role. Kang Ye-bin emphasized in general her desire to promote a realistic image in all media appearances.

Kang Ye-bin did note that, for her best efforts, her image has been characterized as overly easy, which has led to some fearful situations. She mentioned ordering takeout at home and for the delivery driver to bring friends by later to check out the place where Kang Ye-bin lives. Kang Ye-bin observed that even taking out the trash can be a fearful experience for a female celebrity.

Kang Ye-bin also stated she regularly feels regret about her chosen line of work. However, she also described working in the entertainment industry as all she knows, and that it's not something she can give up.