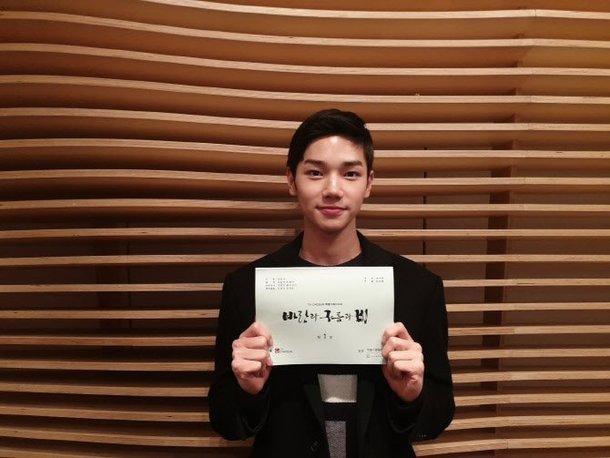 Kang Tae-woo, the youngest member of the musical group The Man BLK, has been confirmed to be appearing in the upcoming TV Chosun drama "King Maker: The Change of Destiny". This will be the first historical drama for Kang Tae-woo, who has also appeared in the webdramas "Govengers", and "Bad Mistake", as well as the daily drama "Home for Summer".

In addition to being his first historical drama, "King Maker: The Change of Destiny" will also be Kang Tae-woo's first appearance in a late night drama, albeit not on a major network. This might hint at his wanting to pursue acting as a more serious career. In the drama he will play the younger version of lead character Choi Cheon-joong, whose adult role is being played by Park Si-hoo.

Kang Tae-woo's agency, Stardium released a message from Kang Tae-woo where he said it was an honor to be chosen for the project. Kang Tae-woo said that he did his best while filming, although it appears that his role in the drama is now finished. He asked fans to please enjoy watching it.