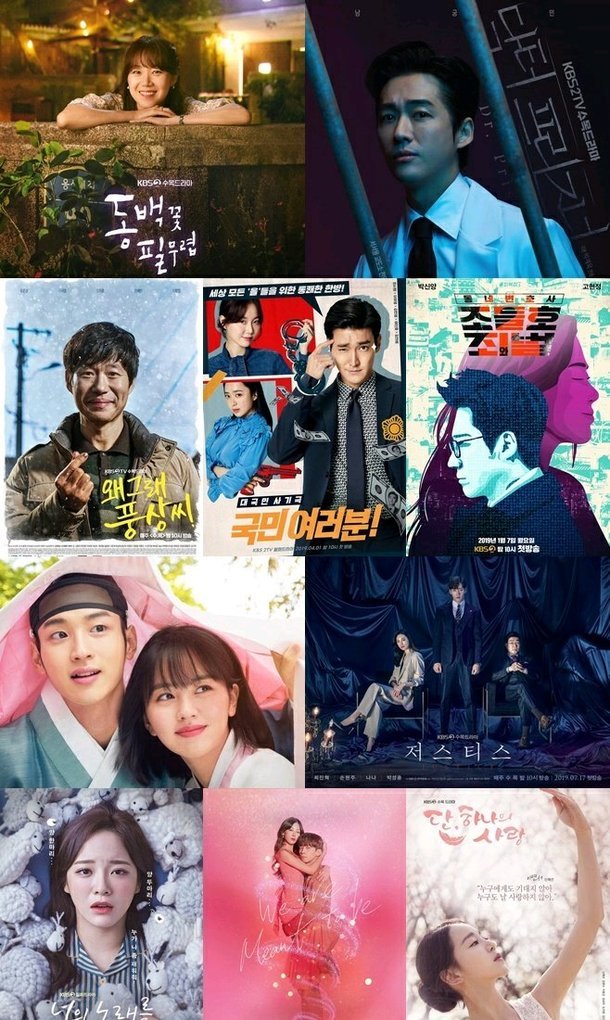 Following a relatively weak year for dramas in 2018, KBS has revived its reputation thanks to a surprisingly strong slate of dramas throughout 2019. While "When the Camellia Blooms" has been an obvious capstone for the year with KBS, the network has done strongly throughout, having at least one high performing drama active in nearly every month of the year.

Other notable high performers for the network have included "Liver or Die" and "Doctor Prisoner". One factor that has been of much help to KBS is that there are few common points between its various dramas. Its top three performers vary from rustic slice of life storytelling to melodrama to intense prison politics. Consequently, KBS can't be quite so easily pigeonholed into a specific style as it could have been in past years.

Other projects by the network have not had quite the same consensus of strong ratings with popular critical appeal. Nonetheless, "Angel's Last Mission: Love", "The Nokdu Flower", and "My Fellow Citizens", among others, were able to find audiences. In otherwise weak sectors of the year KBS was often able to top the ratings charts.

Beyond higher prestige dramas, KBS also did well with itself in the more stereotypical genre of weekend dramas. "My Only One" nearly cracked ratings of 50% earlier this year. "Mother of Mine" did not do quite so impressively, only managing to crack the 35% ratings point, but its presence has nonetheless been dominant. "Beautiful Love, Wonderful Life" also had a comparable performance.

Lastly, prospects for KBS for the year to come also remain strong. This year's drama specials have been very well received, and have likely provided the network with strong clues as to which concepts and talent may allow it to have similar success with next year's trends. A representative from the KBS Drama Center has stressed the network's emphasis on experimentation is what they believe will have the most success satisfying viewers in the future.